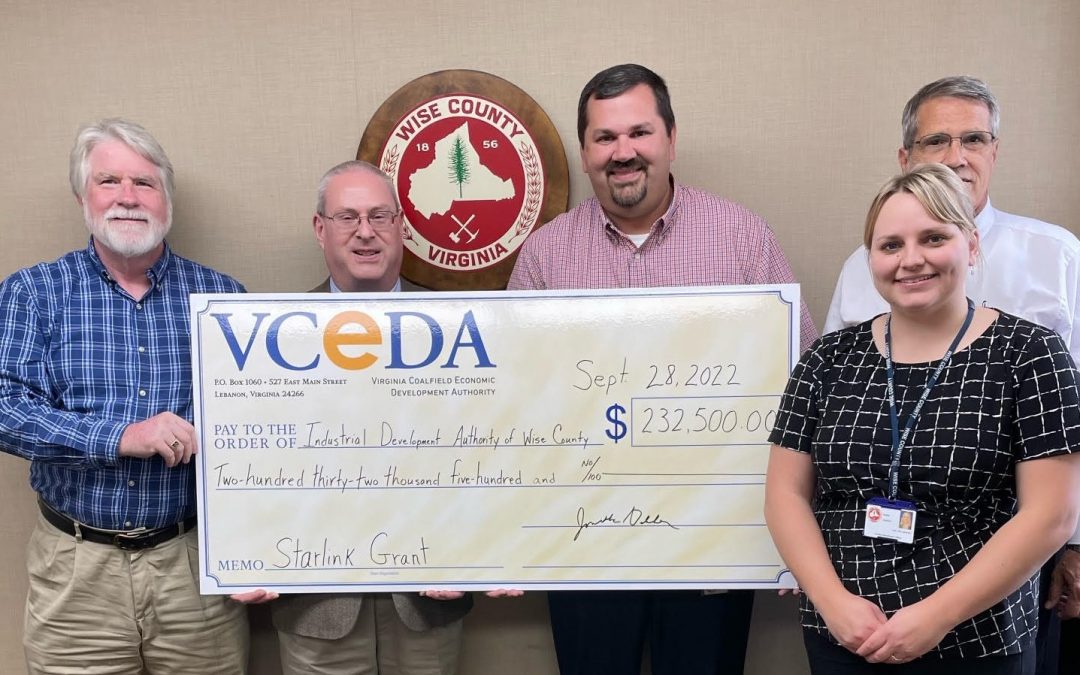 The grant funds will be used for the cost and expense of hardware and wiring; and for two-year subscriptions for 94 residences in Wise County with the purpose being to expand education and telehealth access in Wise County. According to the IDA’s application, this will result in a grand total of 438 students that will receive Starlink Satellite Internet service in Wise County.  Wise County has committed to provide $155,000 in leveraged funding toward the project.

“VCEDA was appropriated $500,000 in the Virginia state budget for FY2023 and $500,000 in FY2024 for initiatives intended to expand education and telehealth access,” said VCEDA Executive Director/General Counsel Jonathan Belcher. “Previously, in FY2022, VCEDA also received $500,000 for this purpose and developed the VCEDA Education and Telehealth Access fund to administer the funds being received from the state.”

The first application approved from the fund was for the Appalachian Council for Innovation (ACI) for its project to provide the initial low earth orbit Starlink Satellite Internet service to unserved and/or underserved children in the VCEDA footprint.  The project was done by ACI in association with various local school districts, resulting in a grand total of 719 children in four counties being provided access to Starlink, including connections made possible by leveraged funding from the participating localities of Dickenson, Russell, Tazewell and Wise counties, according to ACI. The grant application approved by VCEDA and closed recently will further that program.

After the initial two-year subscription has passed, individual account holders will be responsible for the ongoing monthly subscription unless other support mechanisms are found, according to the Wise County application.

“Discussions concerning the funding being received by VCEDA in FY2023 have resulted in several of the county industrial development authorities expressing a desire to apply for the funds for the Starlink projects in their respective jurisdictions,” Belcher said, noting Wise County’s IDA was the first to submit an application.

“High quality Internet service is a vital part of our development efforts in Wise County,” said Wise County Industrial Development Authority Executive Director Brian Falin. “The Wise County IDA is thrilled to be the recipient of this grant from the VCEDA Education & Telehealth Access Fund and looks forward to working with our project partners on the continued deployment of StarLink Internet service to those households with the greatest need.

“This grant will primarily provide enhanced educational opportunities, but will also allow for health treatment expansion including improved telemedicine and enhanced workforce education and remote worker (telework) opportunities,” Falin continued. “Data shows students with high-speed broadband perform at one-half letter grade better than those without and we are proud to work alongside Wise County Public Schools in these efforts. We want to thank VCEDA for the opportunity to access these funds and for always supporting our development efforts in Wise County and the region.”