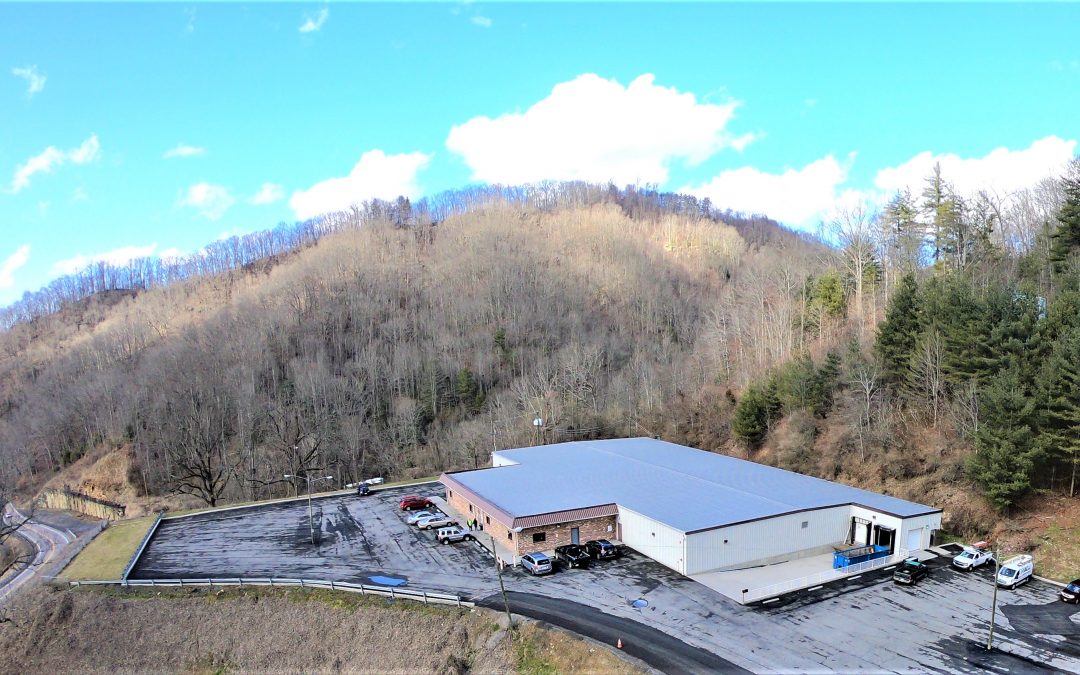 The Council Industrial Park building in Buchanan County will soon be home to Maine Five’s new sewing factory which will bring new jobs to the county as it opens.

COUNCIL, VA – FEBRUARY 22, 2021 — Buchanan County’s industrial park building at Council, Va. will soon be home to a new business as Maine Five locates its new sewing factory at the park, bringing with it up to 100 new jobs within five years including 12 new jobs to start and an estimated $350,000 in private investment.

The Virginia Coalfield Economic Development Authority (VCEDA) introduced the new business prospect to the county last fall. VCEDA also served as a communications liaison for Maine Five and Buchanan County as discussions leading to a lease agreement for the use of the building by Maine Five continued with county officials.

Monday night, that agreement was finalized during a meeting of the Buchanan County Industrial Development Authority.

“We knew Buchanan County had a building and in fact, equipment at the Council Industrial Park that would benefit Maine Five in its search to find a location to grow its business,” said VCEDA Executive Director/General Counsel Jonathan Belcher. “The Council Industrial Park was one of the earliest industrial parks and industrial buildings financed by VCEDA, so with our knowledge of that location, we were able to connect Maine Five to the county and also to other programs available to help businesses.  Buchanan County and its IDA, with assistance from Scotty Wampler with the Cumberland Plateau Planning District Commission, then did a great job in getting the deal closed.  The end result of those team efforts is the announcement of the company’s decision to locate in Buchanan County. We welcome them to the region.”

Maine Five will operate in the factory area of the Council building, which contains approximately 17,211 square feet. Stone Mountain Health Services will continue to maintain its space in the building where it currently operates a medical clinic. The total square footage of the building is 24,000 square feet.

“This is welcome news for the coalfields,” said Virginia Delegate Will Morefield, in whose district the new business will be located. “I commend Buchanan County and the Virginia Coalfield Economic Development Authority for all of their efforts to diversify the economy.”

Maine Five has been in business since 2020 creating medical supplies, bags and field kits, but at the Council location will expand its offerings into more textile products, including nylon backpacks, uniforms and outdoor apparel.

“We became familiar with the region about six years ago,” said Scott Maier, president of Bird Dog Distributors, who said he looked at and ultimately located his company in the Clintwood area. When VCEDA showed him various locations in the region then, he said he toured the Council location and he added that location always stuck in the back of his mind.

When he and neighbor, Bill Smith, president of Maine Five, talked about ways to grow both companies, the Council location came up again and the contact was made to VCEDA. Both Maier and Smith currently live in the Northern Virginia area, but their ties to the region have been in place through Bird Dog Distributors since 2014.

“We are interested in making a difference,” Smith said. “We could go anywhere, but we want to fill the gap that occurred when the federal government decimated the coal industry. We want to help the area rebuild.

“We believe the area has a lot of potential,” Smith continued. “There are a lot of intelligent, hard-working people there; the infrastructure is there; and the skilled labor is there and we want to work with them.”

Smith and Maier noted they look forward to working with the Virginia Career Works program to hold a job fair in the not too distant future.

“We would like to be training a production manager and lead cutter by mid-March,” Smith said, adding while those employees are undergoing training, the company will be looking to hire industrial sewing machine operators and other management positions.

“For years, part of the industrial park building at Council has been vacant and we are pleased that it will soon be once again utilized, bringing with it new jobs to our community,” said Jay Rife, Buchanan County Industrial Development Authority chairman. “When an existing building can be matched to a new business prospect’s needs, it’s a win-win. We look forward to working with Maine Five in the future as they become a new member of the Buchanan County business community.”

”The new jobs pledged for the Council community, thanks to this project, will be of tremendous benefit to our local families,” said Buchanan County’s Hurricane District Supervisor Tim Hess. The Council Industrial Park is located in the district he represents on the Buchanan board. “This news reinforces the fact Buchanan County is a great place to do business.

“I’m thrilled by Maine Five’s decision to locate in our county and look forward to watching their operations at Council grow,” Hess added. “I want to thank everyone involved who made this possible.”

“We welcome Maine Five to Buchanan County and appreciate the fact that they selected our county as a place to grow their company,” Keene said. “We look forward to the addition of the new jobs the company will be creating in our community.”

“Maine Five’s decision to launch its sewing operations at the Council Industrial Park is a terrific win for Buchanan County,” said Scotty Wampler, Cumberland Plateau Planning District (CPPDC) Economic Recovery coordinator, who assisted with the development of the project. “In fact, it’s rare to see such positive economic impact within our smaller communities, like Council, which makes this announcement even more exciting. Additionally, due to its central location on State Rt. 80, Maine Five will provide convenient employment opportunities for residents of three area counties. The CPPDC is proud to have played a role in the success of this great project.”