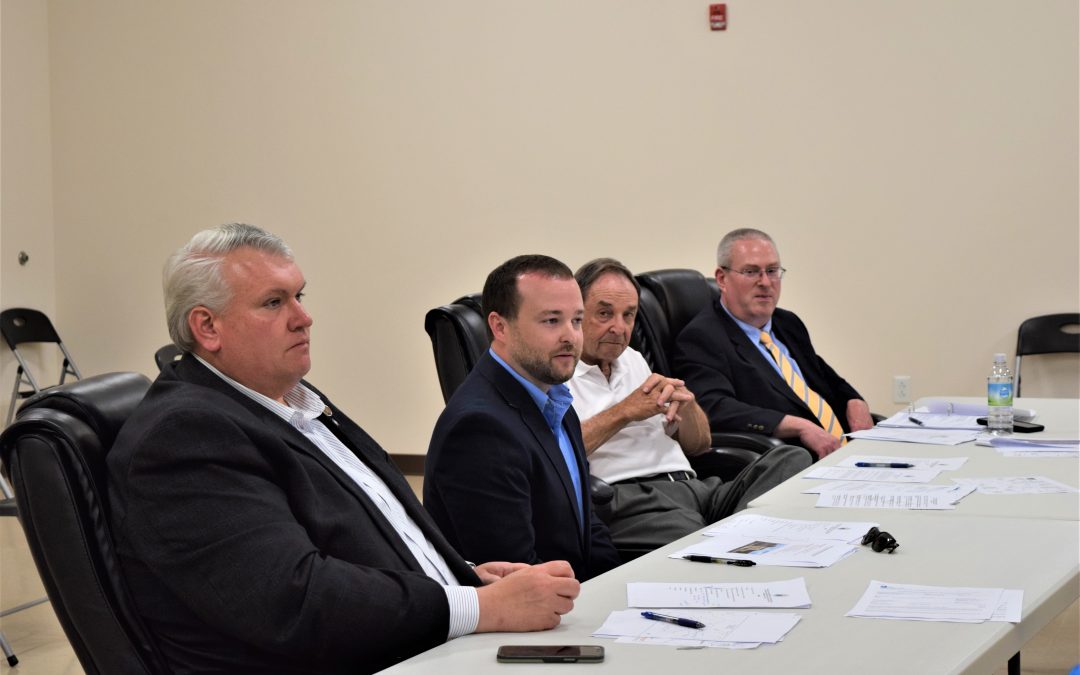 Delegate Will Morefield, second from left, provides an update on a meeting held recently with West Virginia officials on the Coalfields Expressway project. Sen. Travis Hackworth, left, who was also in attendance at the meeting agreed the meeting was an important step in advancing the project. Also pictured are Jay Rife, chairman of the CFX Authority Board, second from right; and Jonathan Belcher, executive director of the authority board, right.

The importance of working with local coal companies to create coal synergies in the development of the roadway were also discussed with CFX Authority board member James Keen suggesting the time is now to begin those talks. Similar synergies, he said, have resulted in several projects moving forward, including the airport project in Buchanan County and other industrial projects at Southern Gap.

One company, Keen suggested, has already offered to pull together a meeting of its engineering team with a group of independent engineers to meet with VDOT and begin those discussions. 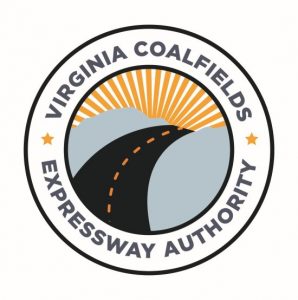 Developing the coal projects at the same time as the road projects, board members agreed would maximize the use of state and federal dollars on the project.

Because of the price tag of building the road – an estimated $2.6 billion from end to end — Chairman Jay Rife suggested, “the only way to get this thing done is in conjunction with mining.”

Belcher, who also serves as the executive director/general counsel of the Virginia Coalfield Economic Development Authority, noted that since the last meeting of the CFX Authority, there have been several meetings at which the expressway had been discussed and several different boards in the region have adopted resolutions of support for construction of the roadway, similar to the resolution originally adopted by the CFX Authority.

Additionally, he said there had been a lot of discussion with federal legislative offices, including Congressman Morgan Griffith and Senators Mark Warner and Tim Kaine. Both Griffith and Kaine had representatives in attendance at Monday’s meeting. The expressway project is now included in new federal appropriations and transportation language targeting it to receive $7.1 million, although those appropriations must still be approved at the federal level.

A meeting with state and federal officials in West Virginia was also held recently with Del. Will Morefield and Sen. Travis Hackworth facilitating that. Both were also in attendance at Monday’s meeting and gave a brief update on the meeting with West Virginia officials.

Morefield noted the meeting was set up to discuss the project and how it ties into West Virginia and also to get West Virginia’s support for the formation of a tri-state coalition with Virginia and Kentucky to advance the roadway.

“I am confident that by partnering with our neighbor states, it makes a persuasive argument at the federal level and at the state level too,” Morefield said, adding he has also worked on building a strong relationship with Northern Virginia legislators to advance the project.

“I am absolutely committed to this project,” Morefield said, adding it is his hope a meeting can be arranged with Kentucky officials in the coming days.

Hackworth agreed the meeting in West Virginia had gone well and he added there appeared to be a “good appetite” for the project at the federal level as well.

“We are committed to getting this done and we do see some real progress,” Hackworth said.

Belcher, who along with several other Virginia officials attended the meeting with West Virginia by Zoom, commended Morefield and Hackworth for getting it set up in such a short period of time and added that during its short time as a working board, “this board has caused a lot of positive momentum on the Coalfields Expressway.”

The authority board will meet again this fall at a date to be announced.