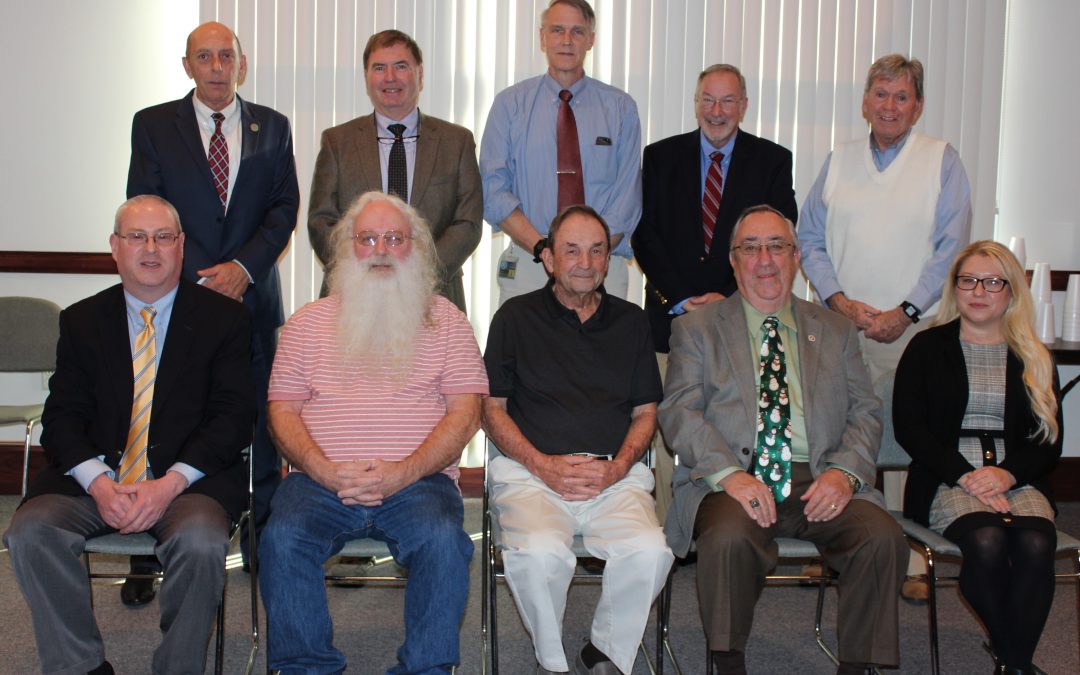 LEBANON – DECEMBER 7, 2021 — The cumulative economic impact of the Coalfields Expressway (CFX) during a 50-year span is estimated to be $12.8 billion in 2021 dollars, according to a study of the proposed roadway presented to members of the Virginia Coalfields Expressway Authority Board, Tuesday.

The study, performed by Chmura Economics & Analytics in Richmond, Va., was conducted at the request of the Virginia CFX Authority and the Virginia Coalfield Economic Development Authority (VCEDA) and built upon a prior study conducted by Chmura in 2013. What the new study found was that while 2021 estimates are that the completed roadway in Virginia will cost $3.1 billion, each dollar of investment in the CFX can result in $3.10 in economic impact in the two-state corridor during its life span.

The Coalfields Expressway, designated as U.S. Route 121 and a Congressional High Priority Corridor, is a proposed limited-access highway to provide a modern, safe, and efficient transportation artery through the coalfield region of far Southwest Virginia and southern West Virginia.

The presentation of the Chmura study was made during a meeting of the CFX Authority board in Lebanon. In delving deeper into the report, it was noted construction of the CFX is anticipated to inject an annual average of $225.4 million in total economic impact (direct plus ripple impacts) into the local economy from 2013 through 2038. Construction, the study found, will also generate 1,543 jobs each year during that period.

The one-time economic impact of construction of the Coalfields Expressway is expected to reach $5.9 billion in the corridor from 2013 to 2038, the study noted. Of this total, the study noted, $4.1 billion will be in direct construction spending that can support 26,246 cumulative jobs in the Corridor from 2013 to 2038. The cumulative ripple effect (indirect plus induced) of capital investment can generate $1.8 billion in spending and 13,859 cumulative jobs in the Corridor, the study found. The cumulative direct and ripple effect of this construction spending therefore can support a grand total of 40,105 jobs, according to Chmura’s report.

“After the completion of CFX, both existing businesses and residents can benefit from the highway,” the study noted. “CFX can help improve travel efficiency and provide cost savings. The total user benefits are estimated to reach $89.2 million in 2039.”

The study projected the most immediate new service businesses to result from the roadway will likely be clustered around access points along the route. The businesses, the study projected, will serve both motorists and local residents. Chmura estimated a total of 79 service businesses can be supported by the CFX in 2039, generating an annual economic impact of $151.9 million and creating 1,236 jobs in the CFX Corridor.

The study also projected state and local governments in the two-state region will reap considerable fiscal benefits, with the project’s completion bringing with it $7.8 million in 2039 in sales tax, corporate income tax and individual income tax on an annual basis. Local governments in the CFX Corridor, the study projected, will receive annual tax benefits totaling $1.8 million in 2039 in the form of local taxes.

Travel time savings are also noted and include on average, significant time savings for businesses and residents traveling the entire length of the road. Time savings can reach 49 percent in Virginia and 50 percent in West Virginia once the roadway is constructed, the study projected.

The study concluded by noting that the Coalfields Expressway will benefit mining, manufacturing and agricultural businesses by providing easier access to markets. The presence of an interstate highway, it noted, can also increase the appeal of the region to expanding and relocating firms. Lastly, the study projected, the CFX will also have a positive effect on population and tourism growth, as well as improving quality of life in the region. A copy of the study may be found on the Virginia CFX Authority webpage at www.vceda.us/cfxauthority.

In other business at Tuesday’s meeting, the board re-elected Jay Rife as chairman; and elected J.H. Rivers as vice chairman. The board welcomed new board members, Bonnie Bates of Wise County; and Keith Viers, of Dickenson County, both of whom were recently appointed by the Speaker of the Virginia House of Delegates to fill vacancies on the board.

Jonathan Belcher, executive director of the Virginia CFX Authority, provided a legislative update for the board, noting that staff have had numerous conversations with both state and federal legislative offices about the CFX and further that staff is working with state legislators on some possible proposals.

State legislators and federal legislative staff members were also in attendance at the meeting and provided brief updates. Laura Blevins, with Sen. Tim Kaine’s office noted $7 billion has been allocated through the federal infrastructure bill for Virginia highways, however, she noted the CFX project was not specifically earmarked and as a result, will compete with other Virginia projects for funding through the state’s Smartscale process. Representatives of Sen. Mark Warner and Congressman Morgan Griffith were also in attendance and echoed Blevins’ comments.

At the state level, Del. Will Wampler urged the authority board to be thinking as plans for the roadway move forward to also look at the project strategically as far as economic development and which companies to try to recruit to locate along the corridor.

“We need to stay focused on the road and what can come along with it,” Wampler said.

State Sen. Travis Hackworth said the Chmura study unveiled Tuesday was something legislators can now take to Richmond to plead the region’s case related to the need to fund it.

“Now that we have this report and an ROI (return on investment), we can show it brings a lot of economic benefits to the area,” Hackworth said. “This will take a joint effort of state, local and federal officials.”

State Delegate Will Morefield, who was not able to attend Tuesday’s meeting, sent a letter which was read to the board. He noted that for the past few months he has been researching potential solutions to expedite the construction of the CFX, adding that prior to the start of the General Assembly session in January, he will continue to work with staff to determine whether any legislation is needed to advance those potential solutions.

Lastly, the board agreed to send a letter to Virginia Governor-Elect Glenn Youngkin, congratulating him on his election win and bringing the Coalfields Expressway project to his attention.

“The completion of the Coalfields Expressway would open up new areas for economic development, including new business and industrial sites and improved access to existing business and industrial parks, thereby making the region much more competitive for economic development projects,” the letter noted. “The Coalfields Expressway also would allow the region’s citizens much better access to employment, educational, workforce development and health care opportunities.

“Simply stated, the Coalfields Expressway is absolutely critical to the economic development and diversification of the region, the economy which has been decimated by the decline in the coal mining industry,” the letter to Youngkin added. “We know that you are aware of these issues, but would like to request that you help make this project more of a priority for the Commonwealth.”

The board plans to meet next in spring 2022.