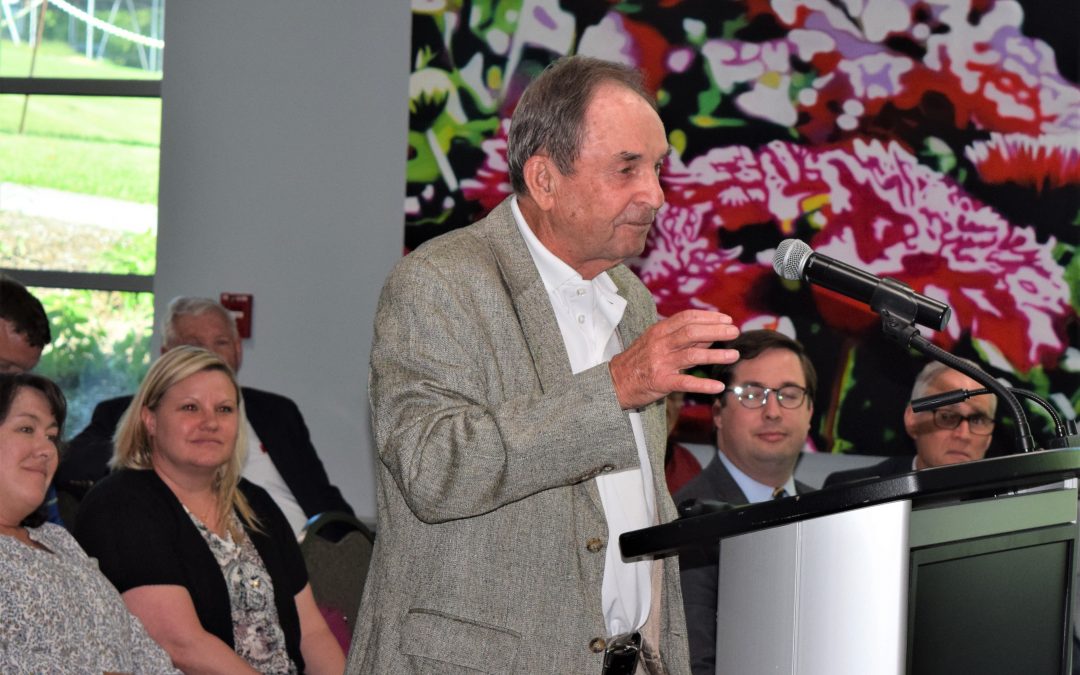 GRUNDY, VA – May 12, 2022 — The importance of the Coalfields Expressway (CFX) as a tool for economic development in the region, as well as a tool for roadway safety was stressed by Virginia Coalfields Expressway Authority Chairman Jay Rife, Virginia CFX Authority Executive Director Jonathan Belcher and others Wednesday during a meeting in Abingdon of the Virginia Department of Transportation (VDOT) to consider the region’s piece of the Commonwealth’s overall $51 billion six-year road plan.

Miller noted the plan now being considered is the largest in Virginia’s history and that when VDOT considers road projects, it looks long term.

“We do not build roads for 10 years from now, but 30-40-60-70 years from now,” Miller said. “We are thoughtful of how we spend your money and are a very data driven organization.”

Speaker after speaker spoke of the benefits of the Coalfields Expressway project in the region and urged VDOT to find a way to build the roadway, suggesting one approach would be for it to be made part of the Corridor Q project (which overlays part of the Coalfields Expressway) already under construction in Buchanan County and further that VDOT support and seek its designation as being a part of the Appalachian Regional Commission’s Appalachian Development Highway System. VDOT officials toured the Corridor Q project in Buchanan County earlier in the day.

The Coalfields Expressway, designated as U.S. Route 121 and a Congressional High Priority Corridor, is a proposed limited-access highway to provide a modern, safe and efficient transportation artery through the coalfields region of far Southwest Virginia and southern West Virginia. When complete, the approximately 57-mile section in Virginia will travel from U.S. Route 23 near Pound, through Dickenson and Buchanan counties to its connection with the West Virginia segments of the expressway leading to Interstate 64.

“We have a problem … with transportation,” Rife told VDOT officials. He noted that while some road improvements related to Rt. 460 are underway, “we still need the Coalfields Expressway to get us to other points. Not only will it help Buchanan, Dickenson and Wise counties, but it will open up Scott and Lee and it will alleviate some of the I-81 traffic.”

Rife said he and others realize the expressway project carries with it an expensive price tag to construct, which he suggested underscored the need to couple the project with coal synergies along the route. He noted the Virginia CFX Authority was already in discussions with some of the key coal players along the route to look at ways the industry could work with transportation officials to further advance the project while at the same time bringing down its overall cost to the Commonwealth. 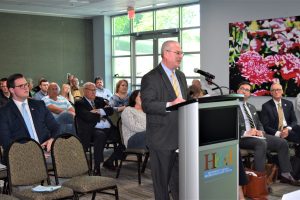 Belcher noted that work on the roadway to connect with the Virginia section of the project is already underway in West Virginia with projections that it will be completed within 10 years.

“When they complete that, it needs to connect to Virginia,” Belcher said.

He noted the Virginia CFX Authority, which was formed by the General Assembly in 2017, is working to apply for grants at the federal level for the project, but the CFX Authority is challenged in that it has never had any state funding, with state matching funds often being required to apply for federal grants.  Belcher urged that Virginia look at providing funding and also at including the CFX in the six-year plan.

Belcher, who also serves as the executive director and general counsel of the Virginia Coalfield Economic Development Authority (VCEDA), which provides staff support to the CFX Authority, also spoke of the importance of the roadway as an economic development tool, noting transportation is always a key consideration of businesses looking at locating in the region.

“In my 25 years of experience in economic development, there is a reason why manufacturing and other companies tend to locate in counties such as Washington County or Russell County,” Belcher said. “That is because the transportation infrastructure is there. From an economic development standpoint, the Coalfields Expressway is very important.”

Belcher noted incremental progress is being made on the road, but he added, “anything the Commonwealth can do for the project would be appreciated. With all of us working together, I think this will happen.”

Virginia Sen. Travis Hackworth noted the Coalfields Expressway project is very important in the region, adding the project is one that has been talked about since before he was born. He asked VDOT to  consider a study on the roadway commissioned by VCEDA last year from Chmura Economics & Analytics which pointed to its value to the Commonwealth and the citizens in the region.

“The Coalfields Expressway is extremely important to economic development,” Virginia Del. Will Morefield, who also referenced the Chmura study and provided a copy of it to the panel, noted. “It’s an investment in Southwest Virginia.”

Morefield pointed out Dickenson County, where part of the roadway will travel, is the only county in the state which to this day does not have any four-lane highway.

A number of Dickenson County officials, including Ridgeview High School student Kirsten Brooks, who spoke on behalf of other students present, urged VDOT to build the expressway.

Peggy Kiser, the current chairman of the Dickenson County Board of Supervisors and a member of the Virginia CFX Authority board, noted the expressway project is the only solution to improve the extreme far Southwest Virginia counties.

“I encourage you to help deliver on the long-promised Coalfields Expressway,” Griffith’s statement said. “The links it would make between the coalfields of Virginia and our neighbors in West Virginia and Kentucky offer the prospect of economic development in an economically depressed region.”