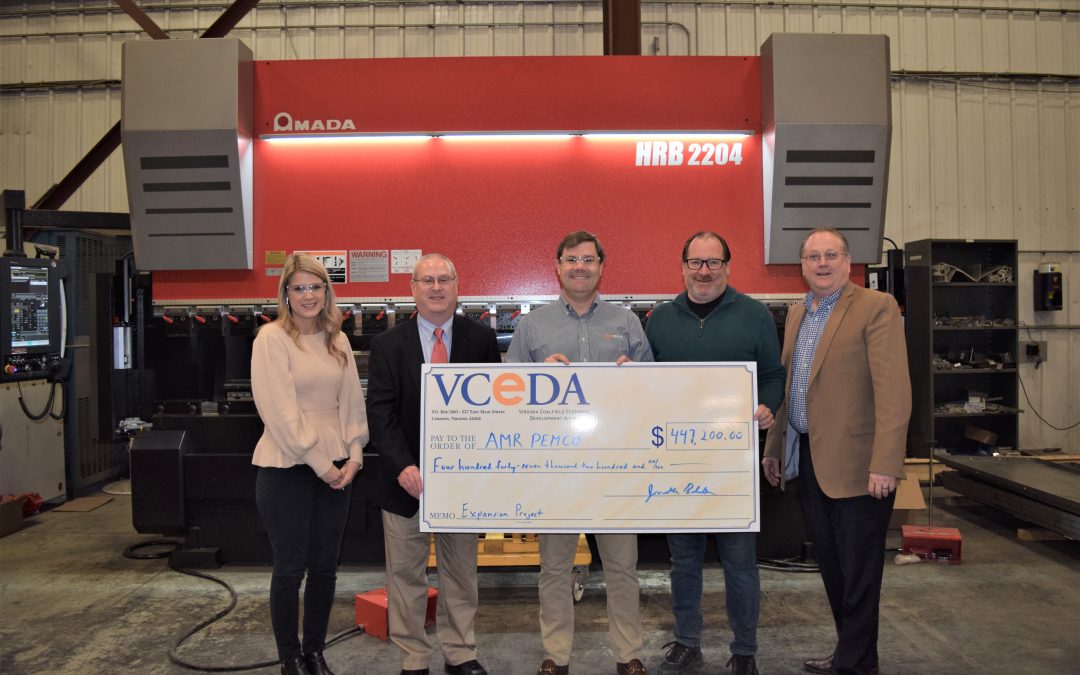 BLUEFIELD, VA – DECEMBER 21, 2022 – Twenty new jobs and $575,200 in private investment are projected to be coming to Tazewell County in the next two years as a result of an expansion at AMR PEMCO in Bluefield, Va., made possible in part by an up to $447,200 low-interest loan to the company by the Virginia Coalfield Economic Development Authority (VCEDA). The loan was closed on Wednesday.

The funds will be used to finance the purchase of equipment and machinery and to make building renovations, expansions and improvements to increase production space and to improve production efficiencies at the company’s manufacturing facility at 1960 Valley Dale Street in Bluefield.

The company currently has 88 full-time employees at the Bluefield, Va. facility, but projects that number will increase to 108 within two years.

“Assisting our existing businesses in VCEDA’s e-Region to realize their growth plans is an important component in VCEDA’s approach to economic development,” said VCEDA Executive Director/General Counsel Jonathan Belcher. “By providing support to our manufacturers in the region, like AMR PEMCO, we continue to grow as a region. AMR PEMCO has been a steady employer in the region for more than 60 years.” 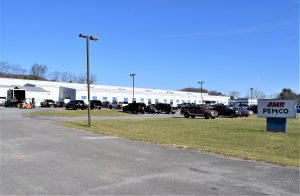 PEMCO Corporation (doing business as AMR PEMCO) designs and manufactures products including dry-type transformers, power distribution equipment and industrial control enclosures and buildings.  The company has mining-related customers, however, the majority of the company’s business now is non-mining-related. Originally founded in 1960, the company was acquired in November 2016 by American Mine Research, Inc. (AMR) of Rocky Gap, Va. AMR was founded in 1975 by Robert Graf and in addition to PEMCO, has other affiliated companies including East River Metals, Inc., in Bland County, Va.; and Custom Manufacturing Services, Inc., in Princeton, WV.

“Since its inception more than 30 years ago, VCEDA has been an incredible partner to PEMCO, helping us finance our sales growth and our diversification efforts,” said David Graf, president of AMR PEMCO. “We have utilized their loans to acquire advanced manufacturing equipment and expand our facility, which has led to steady job creation. We are proud to have had their support, both during the best and worst of times and we look forward to creating even more jobs for our company and region in the coming years.”

“I’m always impressed with the leadership at AMR PEMCO and their forward-thinking ability to expand their business at times when it is most beneficial to their continued existence here in the Eastern District,” said Charlie Stacy, Eastern District Board of Supervisors member. “I congratulate them on another proposed expansion and hope it continues their ability to be a wonderful employer of folks in our community.”

Through the years, VCEDA has provided six loans to PEMCO Corporation for various expansion projects, including the current loan.

The company’s sales, according to its application, are currently growing at a rapid rate.  Sales have increased dramatically for dry-type transformers, power distribution units, contract metal fabrication work and Battery Energy Storage Systems (BESS) for the renewables industry.

PEMCO is one of the four pilot companies in the Energy Storage and Electrification Manufacturing (ESEM) jobs project, of which VCEDA is one of the partner organizations.

To help with its growth strategy at its Bluefield facility, the company plans to purchase and install hangar doors onto its existing Back Bay, construct a breezeway connecting the Back Bay to the existing High Bay and purchase a new industrial saw and a new press brake (metal bending machine).

“The board understands that most of our economic expansion will come from existing businesses,” said Tazewell County Administrator Eric Young. “We have had a long successful relationship with PEMCO and are excited to help them expand even further.”