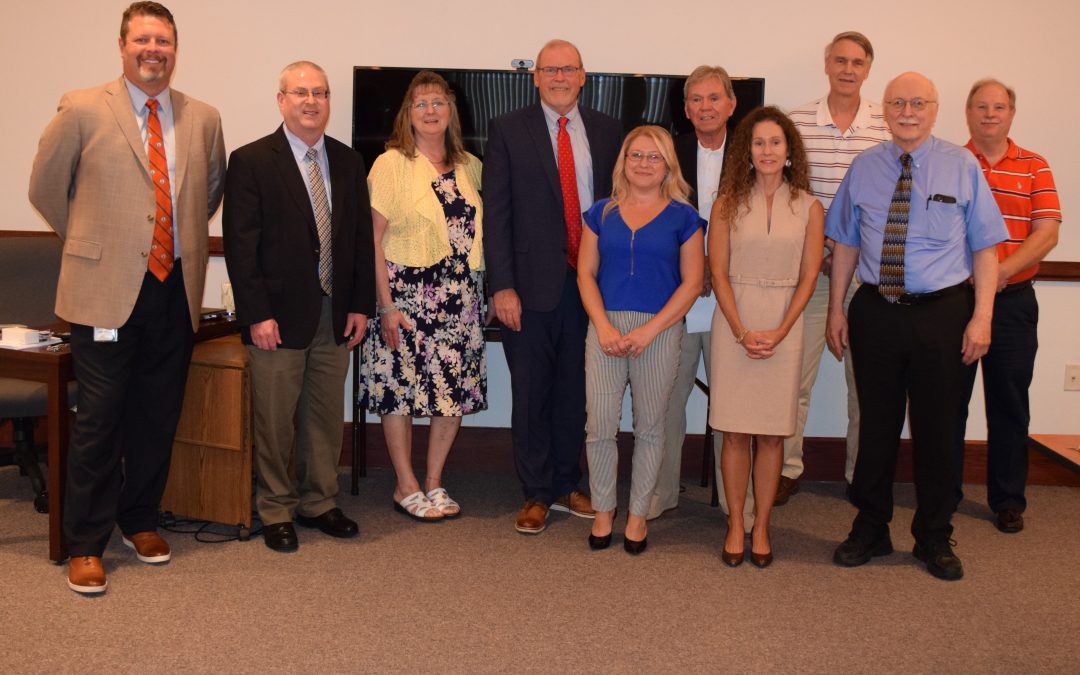 LEBANON, VA — JUNE 30, 2022 — Virginia Coalfields Expressway Authority members heard an update on how the Virginia Department of Transportation plans to utilize $1.995 million recently allocated by the federal government for pre-engineering for the expressway project during a meeting of the authority board Thursday in Lebanon.

Board members welcomed Ninth District Congressman Morgan Griffith, who addressed the board about the recent federal funds allocation.

Griffith noted the Coalfields Expressway in Virginia and its connectivity to Kentucky and West Virginia also benefits those states by providing another transportation artery to the south.

“This road will give us bigger and better opportunities to land some major job creators,” Griffith said. 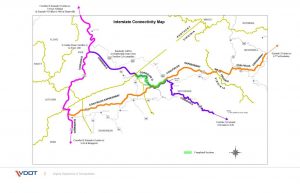 A VDOT map of the Coalfields Expressway route in Virginia shows the interstate connectivity which will exist when the roadway is complete.

Virginia Coalfields Expressway Authority Executive Director Jonathan Belcher noted that in addition to the federal funds in the current fiscal year federal budget, the expressway authority is working again with federal legislators on a congressionally directed funding request of $7 million for paving of additional lanes at the US 121/460 intersection and Hawk’s Nest sections. That request was submitted for consideration in the upcoming federal budget. Earlier this week, the House Appropriations Transportation Subcommittee released its bill for FY23 and the expressway project was included, but at the level of $3.5 million. Continued negotiations by Virginia federal legislators may see a larger amount allocated.

Griffith noted he will continue to work with Virginia Senators Mark Warner and Tim Kaine to see funding for the project advance.

Belcher provided an update on VDOT’s estimated timeline on the completion of segments of Corridor Q of the overall project. A portion of the CFX overlaps the new US 460 (Corridor Q).

Construction of remaining sections of the CFX in Virginia are currently not funded, which is the major challenge, Belcher noted, adding West Virginia has plans to complete its sections of the expressway in that state within 10 years.

“Momentum for the CFX continues to build and is headed in the right direction,” Belcher said, adding, “the CFX is the only solution to the economic plight of many areas of the coalfields.” 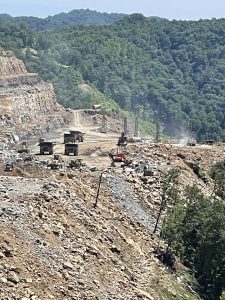 Crews are currently drilling to prepare for additional excavation and hauling of material for cut #4 of the Route 460/121 alignment, just beyond Route 604 (Poplar Creek).

VDOT District Engineer of Mega Projects Marty Halloway made a presentation on the $1.995 million in federal directed funding that is already allocated for the sections from Grundy, Va. to the West Virginia state line, indicating the pre-engineering monies included in the recent federal budget will be used toward identifying roadway considerations, including:

Environmental impacts will also be examined and will include the identification of stream and wetlands impacts; cultural resources to avoid environmentally sensitive areas; any threatened or endangered species present; noise or air considerations, community planning; and impact to forest cover.

“This project will have the two tallest bridges, the deepest fill, the deepest cut and the longest pre-cast culvert within a 10-mile area in Virginia,” Halloway said.

Halloway also showed a map which detailed interstate connectivity once the expressway is built. Specifically, that map showed the project, when complete, will provide better access to four interstates, including I-81 in Bristol; I-77 in Beckley WV; I-64 in Ashland, Ky.; and I-26 in Kingsport, Tenn.

In addition to hearing the updates on the project at Thursday’s meeting, board members also welcomed Philip Cook as a new member to the board, representing Buchanan County.