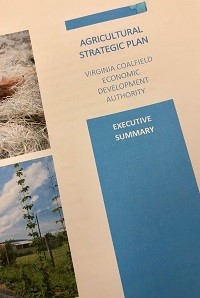 The current state of agriculture in the VCEDA region, areas of focus, suggested strategies and action items to help strenghten and grow agriculture as a target industry will be discussed on Wednesday, Oct. 25, at Southwest Virginia Community College (SWCC) during the Agriculture Summit sponsored by VCEDA and SWCC. The Summit will be held at the King Community Center on the SWCC campus from 8:30 a.m. to noon.

An executive summary of the Agricultural Strategic Plan for the VCEDA Region, commissioned by VCEDA and prepared by the Virginia Tech Office of Economic Development, will be released at the summit that will also include breakout sessions to discuss action plans. The plan is the result of a year-long strategic planning process that involved more than 200 stakeholders from throughout the VCEDA region.

Virginia’s Secretary of Agriculture and Forestry Basil Gooden will be the keynote speaker.

VCEDA is a Sponsor of Unmanned Systems Symposium 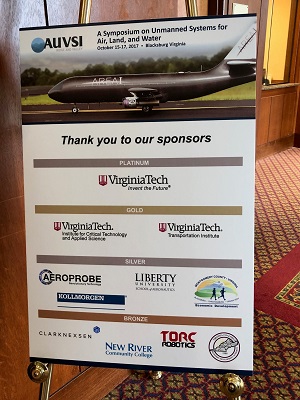 VCEDA was a sponsor and attended a symposium on unmanned systems for air, land and water held in Blacksburg at Virginia Tech Oct. 15-17. The Ridge and Valley Chapter of AUVSI, (Association of Unmanned Vehicle Systems International) that organized in the Blacksburg area last year, centered its first symposium around the theme of “Cultivating Trust in Autonomous Systems: Do We Know All We Need to Know?” A panel on workforce training in unmanned systems included features of the drone technology program under way at Mountain Empire Community College. UAV/UAS is one of VCEDA’s target industries. 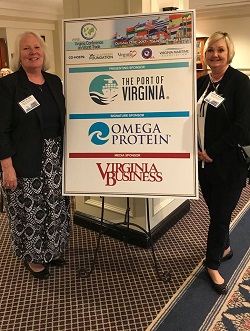 Digital marketing, cyber responsibility and expanding Virginia manufactured goods exports were among the conference topics at the 69th annual Virginia Conference on World Trade in Williamsburg, VA Oct. 17-18. VCEDA Marketing Ambassadors Cathy St. Clair, left, and Charlotte Mullins represented VCEDA. VCEDA has been helping coal and energy technology manufacturers in the region expand their international sales through the Go Global with Coal and Energy Technology program which is funded by VCEDA.