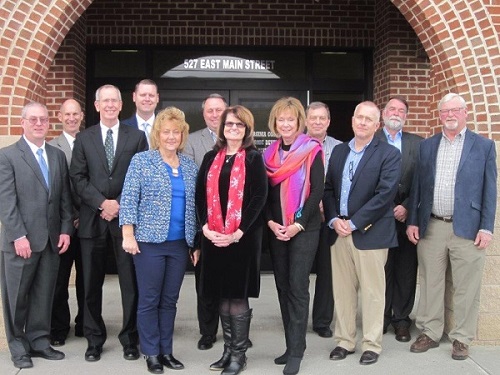 VCEDA is reporting 2017 as the highest funding year in its 29-year history approving and earmarking $23.6 million for 28 projects, approving funding for projects in every county and city in the VCEDA region.

VCEDA also closed more loans and grants in 2017 than ever in the history of the Authority – seven loans and 14 grants, according to VCEDA Executive Director/General Counsel Jonathan Belcher in his report to the VCEDA board at its final meeting of the year held Dec. 21 in Lebanon.

In 2017, VCEDA reported 23 new projects including business locations and expansions in the region, the highest quantity of projects reported in the Authority’s history.  These 23 projects involve a projected 402 new full-time jobs and 96 part-time jobs, and there was at least one project in every county in the VCEDA region this year, said Belcher.

Highlights of the year included locating a new manufacturer in Russell County, construction of a technology shell building in Tazewell County, installation of a zip line attraction at Breaks Interstate Park, location of two diabetes treatment centers in Buchanan and Tazewell counties, a new craft brewery, the ribbon cutting of a new Tier III data center in Wise County, the opening of a new ATV trail system in Dickenson County, and a new seed capital program for young, small businesses in the VCEDA region.

“We have experienced 51 prospect visits this year, among the highest ever, and 121 inquiries about the coalfield counties we promote as Virginia’s e-Region, the most since 2013. These visits and inquiries are from businesses and firms considering our region for business locations or expansions, or inquiring about our programs.” 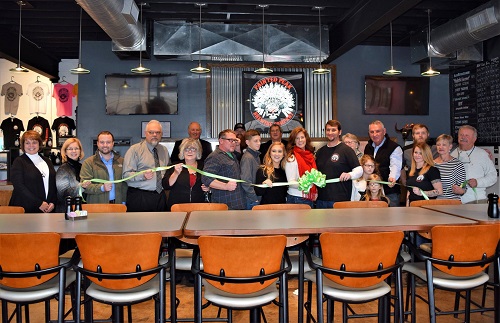 Painted Peak Brewery in Tazewell held a ribbon-cutting celebration Dec. 20 marking the opening of the new business. VCEDA previously approved a loan of up to $150,000 for the project which, within five years, is anticipated to create up to 15 full-time and 10 part-time jobs.

Painted Peak Brewing Company is a start-up craft brewing company which produces craft beer products in the Town of Tazewell. David Blankenship; his father, Larry D. Blankenship; and J.W. Groseclose are the principals involved in the new company, which also provided a significant private investment in the project. A large crowd of local, regional and state officials and members of the public were on hand for the ribbon cutting.

Read more about the brewery project 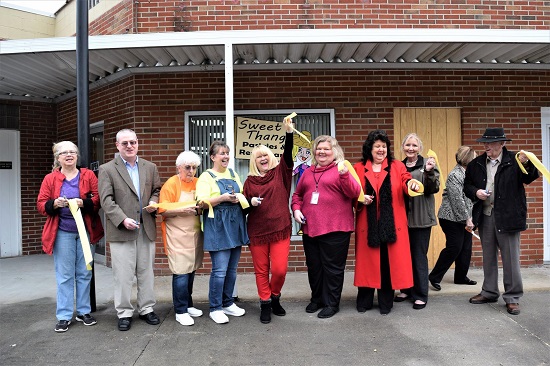 VCEDA helped one of the 12 recipients of a VCEDA Seed Capital Matching Grant cut the ribbon and open their doors on Dec. 18 in Clintwood. Sweet Thang Pastries and Restaurant, a new bakery and restaurant, was recently approved by VCEDA for a $15,000 Seed Capital Matching Grant. VCEDA Executive Director/General Counsel Jonathan Belcher was on hand to deliver a few brief remarks. Also in attendance were town and county officials, neighboring business owners and Dickenson County Chamber Executive Director Rita Surratt, who also congratulated the new business on its grand opening.