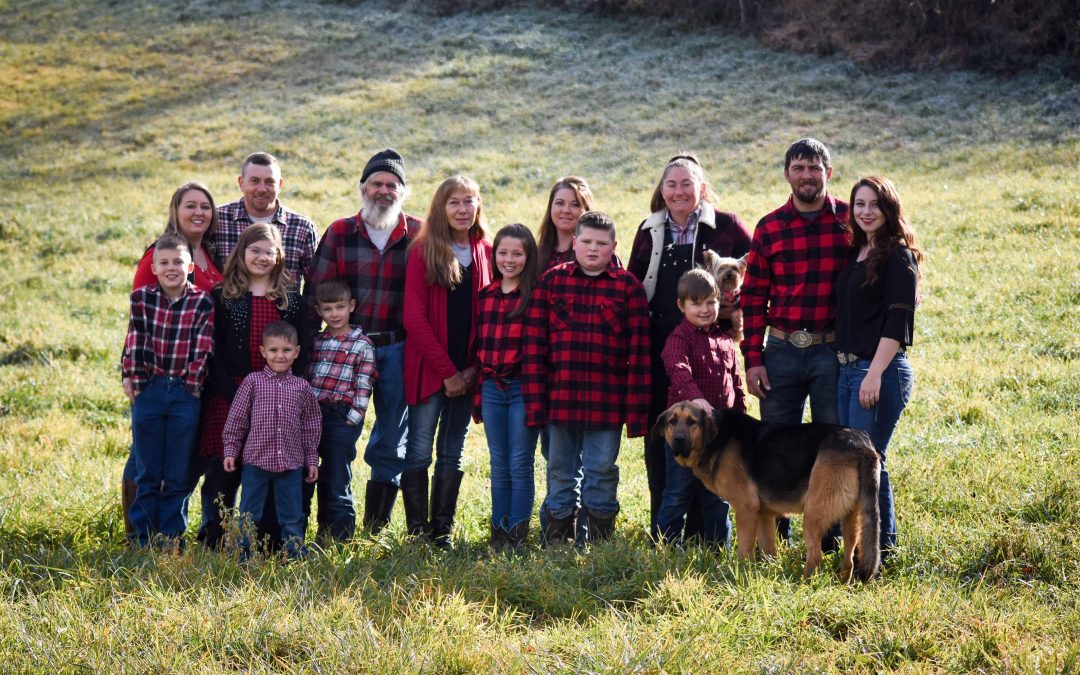 NICKELSVILLE, VA – MAY 14, 2021 — Garland and Sheila Nash, of Nickelsville, were looking for a way to make their dairy farm more economical when they did the research and then decided to expand their farm, turning it into a Micro-Dairy Processing plant, which they named Nash Creamery.

Nash Creamery began with a raw milk dairy operation and adjustments and additions necessary were made to transform it into a Grade A Virginia Department of Health-certified creamery facility where they bottle and sell milk. Plans for the future are to add ice cream, butter and yogurt production.

All of the regulatory hurdles were jumped and inspections cleared and the new creamery began  production on December 22, 2020. The first batch of whole milk – 23 gallons — was produced the morning of December 24, 2020.

“We knew we had a good product and when it hit the shelves, that was reinforced as it sold out,” said Sheila Nash.

Their pasteurizer is able to process 30 gallons at a time and Nash said the creamery has already ordered a bigger pasteurizer as the business grows. With 25 cows and the addition of replacement heifers,  the herd is growing and milk production is increasing.

Initially, the milk was offered in two local markets and the first request received was whether they could also produce buttermilk. Four months later, they are producing 200 gallons of milk per week and products include Grade A white milk, chocolate milk and buttermilk sold in seven different locations, including at J & P Market in Nickelsville; West End Market in Gate City; Front Porch in Ft. Blackmore; Powers Mill in Dungannon; Clinch River Collectives in St. Paul; Moccasin Junction on Hwy 71 between Nickelsville and Gate City; and Country Basket in Rye Cove.

Nash Creamery milk is also being used at Teddy’s, a local restaurant in Nickelsville, where it is used to cook with and to make Teddy’s signature milkshakes. 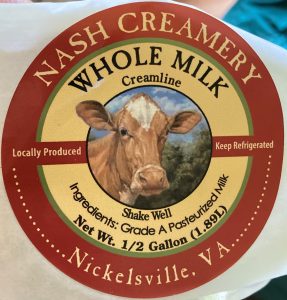 Since the creamery opened, some additional product expansions have already occurred through flavored milk products like the Root Beer Float made with Grade A pasteurized whole milk from the creamery and earlier this week in keeping with the season, strawberry milk.

The seed capital grant from VCEDA was used toward the purchase of equipment, supplies, feed, labor and insurance.

“The VCEDA grant really helped us get our feet off the ground with the purchase of supplies and equipment to get our operations started,” Nash said. “We were able to get a large shipment of feed for our cows and those economies of scale helped with our start-up expenditures. With the VCEDA funds were also able to order our first order of milk jugs.”

Nash continued, “everyone has been so supportive of our opening efforts and we truly appreciate every person who has bought a jug of our milk. We do plan to grow, but it’s not an overnight process.”

Located at 148 Crow Hollow Lane in Nickelsville, Nash Creamery is also on Facebook where new products are featured and updates are given on a regular basis.