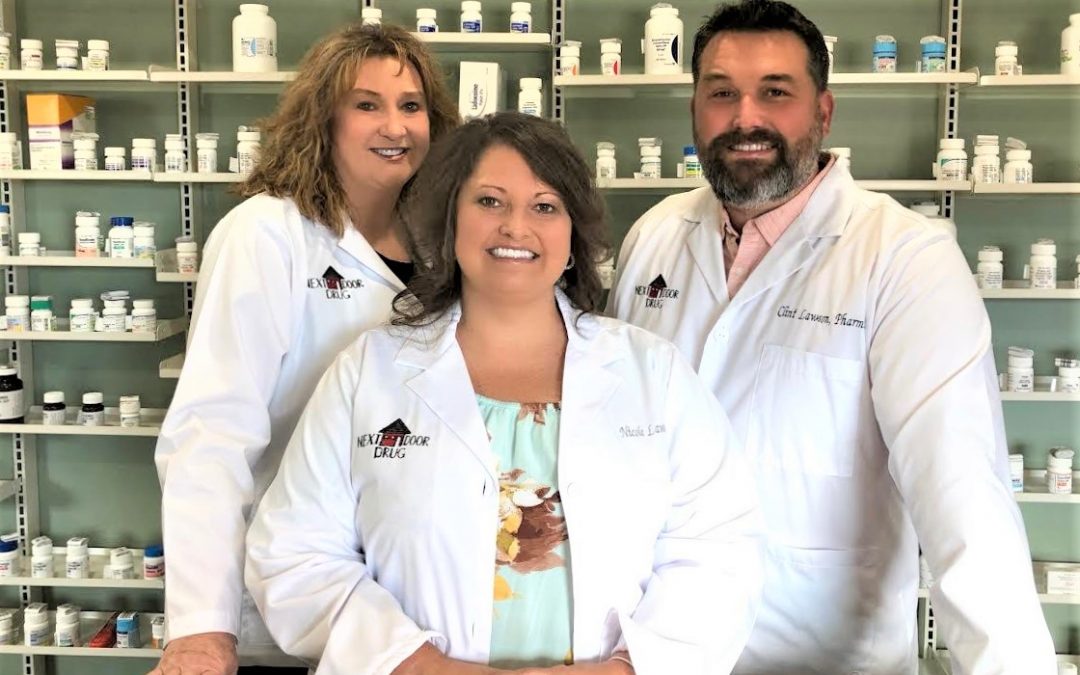 ACP Graduates Jackie Hackney, Nicole Lawson and Clint Lawson will open Nextdoor Drug in Lebanon, Va., on Saturday, August 29. The business was a recent recipient of a VCEDA Seed Capital Matching Grant for $10,000.

LEBANON, VA — AUGUST 24, 2020 — When Jackie Hackney, Clint Lawson and Nicole Bostic met at the Appalachian College of Pharmacy in 2005, they agreed that someday — after graduation — they would open their own pharmacy. On Saturday, August 29, the three classmates who graduated in 2008 with their doctor of pharmacy degrees will open Nextdoor Drug, a recent recipient of a $10,000 seed capital matching grant from the Virginia Coalfield Economic Development Authority.

After graduation, Bostic, originally from Buchanan County, Va., and Lawson, from Wise County, Va., married. They and Hackney, who is from Russell County, Va., went their separate ways with Clint working in retail pharmacy; Nicole working in retail and then hospital pharmacy; and Jackie, teaching at ACP for a couple of years and then going into clinical pharmacy. At the end of last year, plans for the new pharmacy business in Lebanon, Va., were solidified and began to take shape as the business was set up as a professional corporation, Nextdoor Drug Pharmacy, PC. 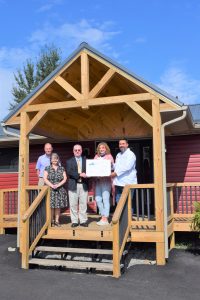 “The seed capital matching grant was definitely a shot in the arm, especially during this pandemic which has delayed our opening plans,” Hackney said referencing COVID-19 and its impact on their new business.

Clint Lawson noted funds from the seed capital grant are being used for initial inventory and costs associated with opening the new full-service pharmacy.

In addition to filling doctor-ordered prescriptions, Nextdoor Drug also has high-quality over the counter medications, which Hackney said have been chosen for their lack of additives and preservatives, but which are comparable in price to other OTC medicines.

The pharmacy works with physicians in collaborative agreements which allow pharmacists to make recommendations to their customer’s supervising physician, creating a team approach to medication management. The pharmacy will also offer medication synchronization to assist customers in getting their prescription refills on the same schedule, thereby cutting down on necessary trips to the pharmacy for medication refills. Free consultations are also available.

A drive-thru window, curbside service and delivery service round out the pharmacy offerings. Customers may also download and use the local app, “Rx Local,” on their smartphones to request refills on their prescriptions once those prescriptions have been filled for the first time at Nextdoor Drug.

Hackney and the Lawsons worked with Margie Douglass, program manager of the Small Business Development Center at Southwest Virginia Community College. The Russell County Industrial Development Authority provided a letter of support for the project as well.