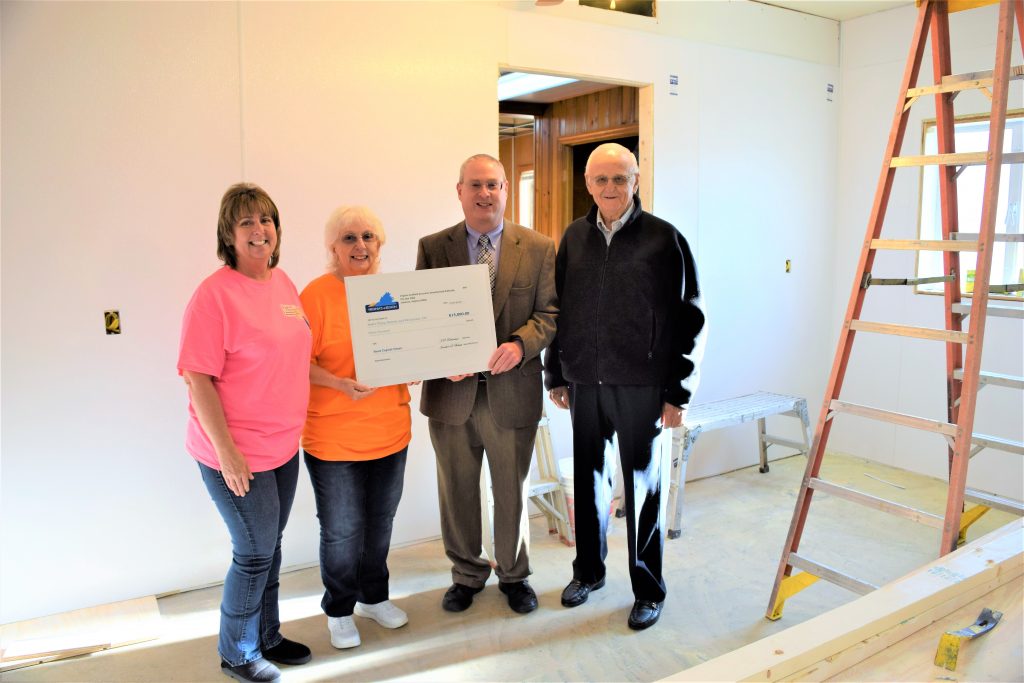 Lebanon, VA (November 17, 2017) — When Noreen Fleming was a little girl, she and her mother, Carol Wright, dreamed about opening a bakery together some day. That day arrived earlier this year when the mother-daughter team purchased a building in Dickenson County and began renovating it to open Sweet Thang Pastries and Restaurant LLC, on Dickenson Highway in Clintwood.

The new business, which is expected to open its doors in early December, was recently approved by the Virginia Coalfield Economic Development Authority (VCEDA) for a $15,000 Seed Capital Matching Grant under a new VCEDA funding program.

The dollar-for-dollar matching grants in the Seed Capital program are designed for businesses three years and under with less than 10 full-time employees. Applicants work with the Small Business Development Centers at Mountain Empire and Southwest Virginia community colleges to prepare the applications submitted to VCEDA for consideration. Fleming and Wright worked with Margie Douglass, director of the Small Business Development Center at Southwest Virginia Community College.

“We talked about doing this for many years,” Fleming says. “I always liked to cook and this was a chance to realize that dream of starting a business.”

With a recipe box full of family recipes, some of which came from her great-grandmother, Mulliary, including a secret ingredient pastry crust; and a cherry pudding cake from “Grandma Riley,” Fleming and her mother plan to incorporate new recipes with the heirloom recipes they have which have been handed down from generation to generation in the family.

Using fresh ingredients, no substitutes and no preservatives, the pastries, cookies, candy and meals cooked at Sweet Thang will be 100 percent pure, Wright says, adding whenever possible, they plan to use produce from local USDA certified growers. Signature, home-cooked recipes will be prepared daily to ensure freshness.

In addition to the sweets the restaurant will specialize in when it opens — oatmeal raisin and chocolate chip cookies, cashew nut cookies, cinnamon rolls, bear claws, cake donuts, hand pies and a white chocolate-covered peanut butter concoction described to be like a truffle and still to be named – there are also plans to offer a daily lunch special which will include everything from chili and cornbread to potato soup, to summer salads. Next spring, a more expansive lunch menu will feature a special comprised of a daily entrée, two vegetables, a homemade roll and dessert.

A drive-thru service window will make it fast and easy for patrons to pick up a sweet pastry or lunch on the go. Catering pick-up service will also be offered and in addition to indoor tables, some outdoor patio tables will be added in the spring. A meeting room space will also be available.

“Everything will be fresh, not frozen,” Fleming says. “It will be good country cooking.” 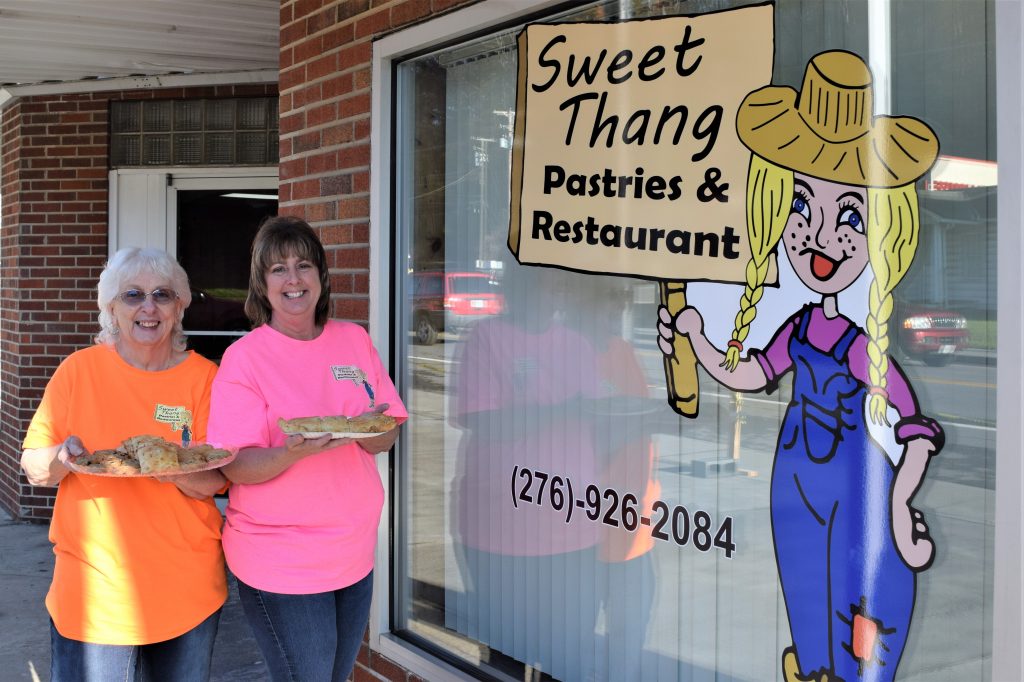 For Carol Wright, left, and her daughter, Noreen Fleming, right, opening a bakery shop and restaurant together has been a long-held dream. Next month, Sweet Thang Pastries and Restaurant will open in Clintwood, due in part to a seed capital matching grant provided by VCEDA.

Meanwhile, renovations are continuing in the building which will be home to Sweet Thang. The building itself, located in downtown Clintwood, has been a staple in Dickenson County history, having been a grocery store, an HVAC repair shop, a beauty shop, a dental office, a dress shop, video store and even a restaurant in its more than 50-year history.

“Things have been a little more costly in the renovation than we originally planned for,” Fleming says. “The grant we received from VCEDA has assisted us with upgrades needed to the building. The grant truly helped us to meet our goals and if it wasn’t for the grant, it would have really slowed our progress.”

Fleming said plans are to add one full-time and one part-time employee next year.

Wright is looking forward to the day the doors open next month. Fleming already has plans to involve her two granddaughters in the business, teaching them the secret family recipes.

“When you have a dream and you don’t try it, you will always be wondering ‘why didn’t I try it’,” Wright says.

“We’re going to do it,” Fleming adds with enthusiasm. “We hope it’s something that will be in the family for years and years.”