An expansion being planned by Paul’s Fan Company, an existing Virginia business operating in Buchanan County, Va., will result in a new tenant for the 60,000 square-foot Constitutional Oaks Industrial Park shell building in Lee County, Va. Up to 15 full-time jobs will be created through the expansion to Lee County as the project matures. Paul’s Fan Company manufactures fans for both mining and non-mining industries. The announcement was made in late November by the Virginia Coalfield Economic Development Authority (VCEDA) during an event with Paul’s Fan Company and the Lee County Economic Development Authority (EDA) at the industrial park. The company plans a new division in Lee County — Paul’s Automation and Controls — which will focus on programmable logic controllers, soft starts and other electrical and electronic gear to support the operation of fans. The Lee County site will also be utilized as a service and repair facility. Its proximity to existing Paul’s Fan Company customers located in Tennessee and Kentucky was one of the factors in the Lee County site being chosen. An up to $1.025 million loan to Paul’s Fan Company was approved by the VCEDA board. The company plans to invest at least $2.41 million in its private investment for site development, building improvements, utilities/roads and equipment.

“We are delighted to announce a new business for Lee County and the new jobs it will bring to the Constitutional Oaks Industrial Park. We are also happy to announce that as Paul’s Fan Company was looking at expanding, they were also considering a location in Tennessee but ultimately decided they would expand here in Virginia.”

A new tenant for the Southern Gap Industrial Park shell building now under construction in Buchanan County and the 40 new full-time jobs it is projected to create and 42 full-time jobs it will retain was celebrated in late November at the Southern Gap Visitor Center as it was announced Paul’s Fan Company, an established Buchanan County business, is expanding and relocating to Southern Gap. An up to $5.6 million loan from the Virginia Coalfield Economic Development Authority (VCEDA) to the Industrial Development Authority of Buchanan County (IDA) was announced in conjunction with the project.

“Working with existing businesses to grow and to provide jobs is an important component of what the Virginia Coalfield Economic Development Authority does. New jobs can come from new companies; or they can come from established businesses already in our Southwest Virginia e-Region communities – either way, it’s a win, especially for the new employees who will be hired as well as the existing employees who will have brand new facilities in which to work. VCEDA was pleased to work with Paul’s Fan Company and the IDA to make this project happen.” 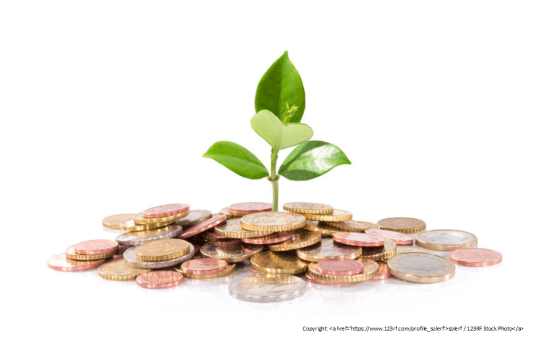 Seed capital matching grant funding totaling up to $180,000 was approved for 18 new small businesses in Southwest Virginia during the Virginia Coalfield Economic Development Authority (VCEDA) meeting, November 21 in Lebanon. The grant funds approved by the board will see each of the businesses receive up to $10,000 from the VCEDA Seed Capital Matching Grant program. The 18 new businesses join 53 other small businesses spread throughout all seven VCEDA coalfield counties and the city of Norton, which have been approved for grant funding since the seed capital grant program was established.  Grant funds for the first 53 businesses totaled $563,500 with a projected economic impact of $3.13 million in private investment resulting in the creation of 542 full-time and part-time jobs within five years. The 18 new businesses approved Thursday are projected to create a combined total of $1.114 million in private investment and to create 75 full-time and part-time jobs.

“VCEDA’s seed capital matching grant program has been a very successful program since it was started in 2017. The program has successfully resulted in investment by small businesses in our local communities and has also created jobs benefitting residents in VCEDA’s seven county, one-city area. In addition to VCEDA’s other programs and initiatives which are more targeted to traditional industrial development, we believe that supporting entrepreneurship and small business growth is another very important component of enhancing the economy of the region.”

VCEDA exhibited and led a team at FABTECH 2019 Nov. 11-14 at McCormick Place in Chicago, Ill. The largest metal forming, fabricating, welding, and finishing event in North America, FABTECH is attended by thousands, and this year’s theme was “Technology & Innovation to Transform Your Business.” Nearly 50,000 attendees from 95 countries were in attendance this year. VCEDA Marketing Coordinator Susan Copeland was joined by Charlotte Mullins, VCEDA marketing ambassador, and John Kilgore, director of the Scott County Economic Development Authority, in manning the Southwest Virginia’s e-Region exhibit booth and meeting with selected companies from Sweden, Canada, Brazil, Italy, Australia, Turkey and the U.S. who are considering expansion into and within the U.S. 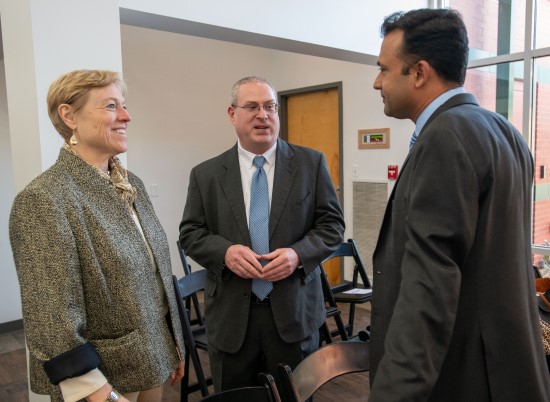 The ribbon was cut in early November marking the official opening of Phase I of the Oxbow Center’s new co-working space. Phase 2, which opens in the spring at the center, is the Clinch River Ecological Education Center (CREEC) for which VCEDA provided a grant of up to $486,994 to the University of Virginia’s College at Wise Foundation. The funds will be used by the college foundation to develop the Clinch River Ecological Education Center at the Oxbow Center in St. Paul, Virginia. Previously, the 19,228-square-foot Oxbow Center building was donated by another entity to the college foundation as a gift. 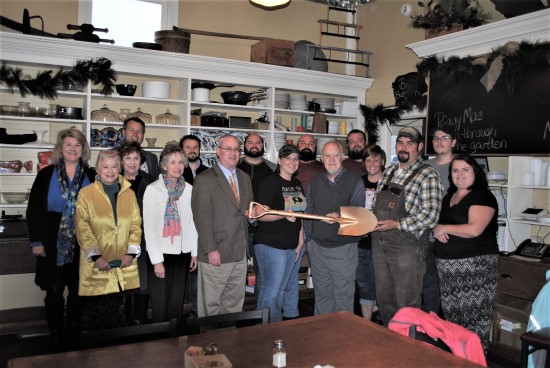 Ground was officially broken on the Pisgah Store renovations — part of the Historic Crab Orchard Museum and Pioneer Park. The Virginia Coalfield Economic Development Authority approved an additional $50,000 grant for the renovation project last August after the museum requested the additional funding due to unforeseen additional work in the renovation process. The additional grant funding is being used to make an addition to the building as well as other improvements and repairs to it.

“We were pleased to take part in the groundbreaking event last week. Helping the tourism venues in Southwest Virginia’s e-Region to grow and to create jobs is what the Tourism Capital Improvement Matching Fund was established to do. The museum, which has been a part of Southwest Virginia since 1978, remains a valuable tourism asset in the region, making it a prime candidate for the Tourism Capital Improvement Matching Fund.” 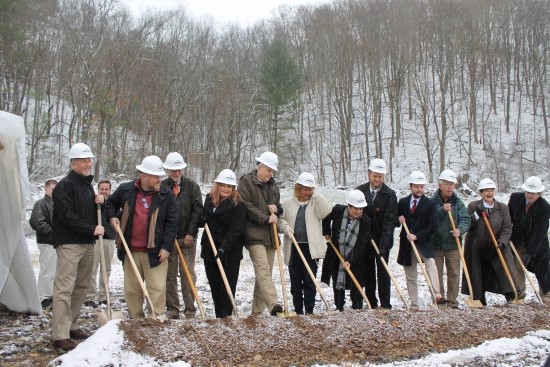 Ground was officially broken on the new Appalachian Agency for Senior citizens adult daycare/multipurpose senior services facility in the Falls Mills area of Tazewell County. The Virginia Coalfield Economic Development Authority awarded an up to $250,000 loan to AASC for the project in July 2017. The VCEDA funds are being used to finance building construction and costs for the development of the facility.

VCEDA and Southwest Virginia’s e-Region helped sponsor the third annual Association of Unmanned Vehicle Systems International (AUVSI) Ridge and Valley Chapter Workshop at Virginia Tech Oct. 15-16. VCEDA Marketing Coordinator Susan Copeland attended the two-day event that featured panels and breakout sessions on partnerships in Virginia to grow the unmanned systems industry. With three new drone-related businesses in the e-Region, (new small businesses and jobs created through VCEDA seed capital grants), available drone pilot training, growing use of drones in agriculture, engineering and photography, and the first FAA-approved rural drone delivery in the U.S. taking place in Wise County, keeping up with the latest developments in this industry is important for VCEDA to market and promote our region. VCEDA also was a sponsor of the Virginia pavilion at this year’s AUVSI Xponential in Chicago, a key event presence that earned Virginia a ranking of #1 State in Unmanned Aerial Systems Business by Business Facilities magazine.