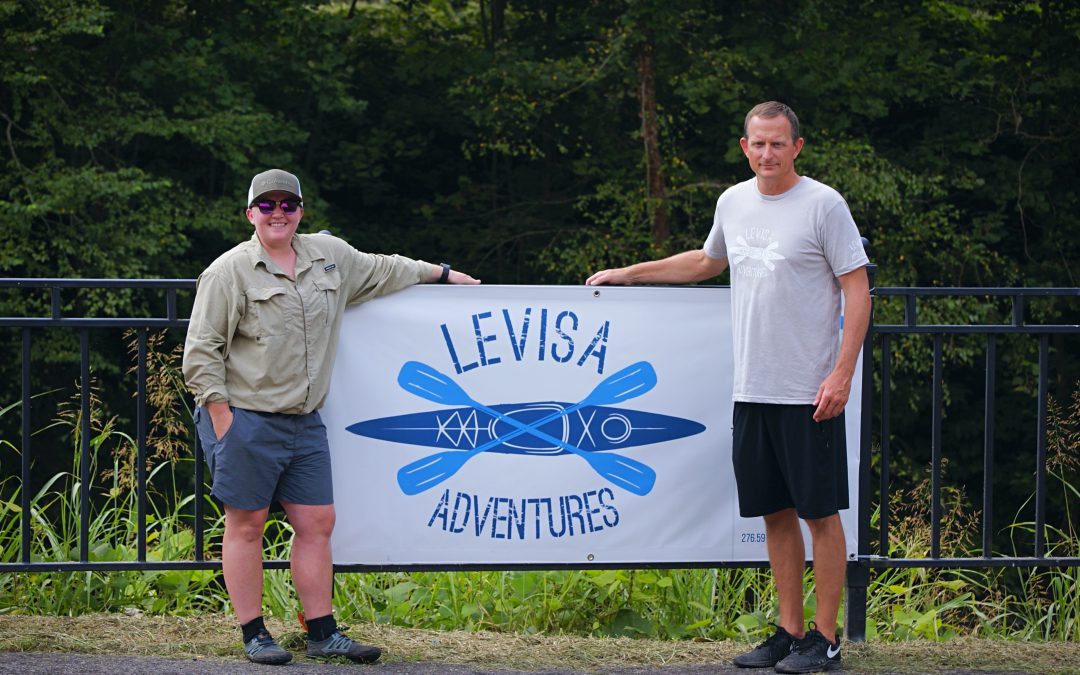 Loni Webb and Michael Owens opened Levisa Adventures LLC this past spring to provide a fun, safe water experience for all. Webb and Owens operate the tubing and kayaking business utilizing the Levisa River in Buchanan and Dickenson counties.

GRUNDY, VA – AUGUST 30, 2021 – Providing a fun, safe water experience for all is the primary goal of Levisa Adventures LLC, which operates a tubing and kayaking business utilizing the Levisa River in Buchanan and Dickenson counties.

“Levisa Adventures LLC’s business model presented an additional opportunity to grow tourism offerings in Buchanan and Dickenson counties in a way that was not already being done in those counties,” said VCEDA Executive Director/General Counsel Jonathan Belcher. “VCEDA was pleased to assist owners Michael Owens and Loni Webb in helping the new business which projects two full-time and four part-time employees within a year.”

Owens noted Levisa Adventures offers guided tours on the Levisa and Russell Fork Rivers and has partnered with the Breaks Park and Southern Gap Outdoor Adventure to offer the tours. Both tube and kayak tours are offered and in late August, the business began exploring offering night tubing on the river.

“When we first looked at starting Levisa Adventures, what we found was that there were no guided river  tours offered in Dickenson or Buchanan counties — no guided tours in Southwest Virginia,” Owens said. “We offer several options from a two and a half hour tour up to seven hours on the river if you travel it to Pikeville, Ky.”

River water levels dictate when tours can be offered, but basically, Owens and Webb said the primary season is from March to the end of September.

“We’ll go as long as the water levels let us go,” Webb said.

She said plans call for the business to purchase wet suits, which might serve to offer a late winter/earlier spring start to the river tours.

Webb noted the seed capital grant is being used as working capital and for advertising, t-shirts, social media ads and brochures to promote the business.

“Any business just starting out has be worried about funds, but having the grant makes you not as scared to go big,” Webb said. “It has enabled us to explore a few different channels in getting our business name out there and getting started.”

The business officially opened in mid-April 2021, focusing on weekends while school was still in, but offering week-day excursions as interest dictated during the summer months.

“Now that school has started back, we are back to weekends,” Webb said.

Levisa Adventures may be found on Facebook and to book a guided tour, interested persons may call (276) 591-7511 or message them through their page.

The Small Business Development Center (SBDC) at Southwest Virginia Community College provided Levisa Adventures with assistance in completing the VCEDA Seed Capital Matching Fund application, as well as help with financial projections and potential marketing avenues. When a small business owner works with the SBDC, they receive guidance from experienced advisors and are connected with tools and resources designed to help their business be successful, said Brittani Clarke Clayman, SWCC SBDC business advisor.

“Southwest Virginia’s economy has benefited greatly from the tourism industry over the past few years,” Clayman said. “When Levisa Adventures came to the SBDC at Southwest Virginia Community College for assistance in securing funding, we were excited to work with another local company with potential to draw in even more of those tourism dollars to the region.”