GRUNDY, VA – OCTOBER 6, 2020 — The first meeting of the Virginia Coalfields Expressway Authority was held Tuesday in Grundy at the new Southern Gap Transportation and Logistics Center.

The authority was created by the General Assembly in 2017, but all of its members had not been appointed until last month at which time Virginia Coalfield Economic Development Authority (VCEDA) Executive Director/General Counsel Jonathan Belcher contacted the members to set up the initial meeting of the authority. Under the Code of Virginia, VCEDA is charged with providing staffing assistance to the authority. Appointments to it are made by the Speaker of the House of Delegates and the Senate Rules Committee. Three members are ex-officio and are appointed by virtue of their elected status in the three counties. 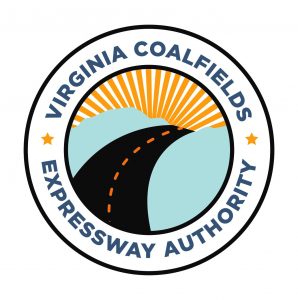 Additionally, the authority agreed to consider bylaws and  to meet again in December to consider those.

The primary purpose of the CFX Authority is to improve transportation into, from, within and through Southwest Virginia, assist in regional economic development and generally enhance highway safety in the affected localities of Buchanan, Dickenson and Wise. 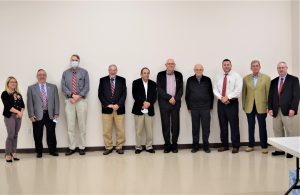 The authority will work with counties, municipalities, state and federal agencies, public nonprofit corporations, private corporations, associations, partnerships and individuals for the purpose of planning, assisting and establishing recreational, tourism, industrial, economic and community development of the proposed Coalfields Expressway for the benefit of the Commonwealth.

It is also authorized to work with surrounding states in developing the Coalfields Expressway in the Commonwealth,  in an effort to link Interstates 64 and 77 in West Virginia with Route 23 in Virginia, which links to interstates in Kentucky and Tennessee.