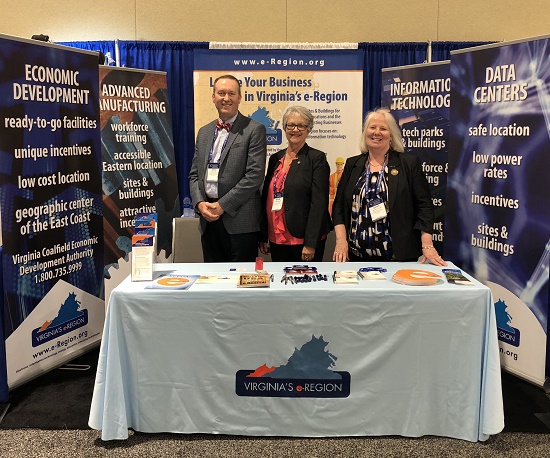 While at the summit, VCEDA representatives participated in conference workshop sessions and had a booth to promote the seven-county, one city coalfield region which VCEDA represents. At the booth, they met with a number of companies and business representatives interested in learning more about Virginia’s e-Region which includes the counties of Buchanan, Dickenson, Russell Tazewell, Lee, Scott, Wise and the City of Norton.

A number of workshop sessions were also held during the event which focused on a variety of topics from workforce development; turning potential investors into investments; utilizing data; and startup ecosystems; to investment opportunities in rural America; understanding regional industry clusters; site selection strategies; advanced manufacturing; tax reform; and more.

During one of the plenary sessions, Southwest Virginia was recognized by CGI President Dave Henderson, who spoke about CGI initiatives and the successful location of their business in Lebanon, Va. Henderson spoke in part about the partnership CGI enjoyed in the region with state and local governments and local commissions.