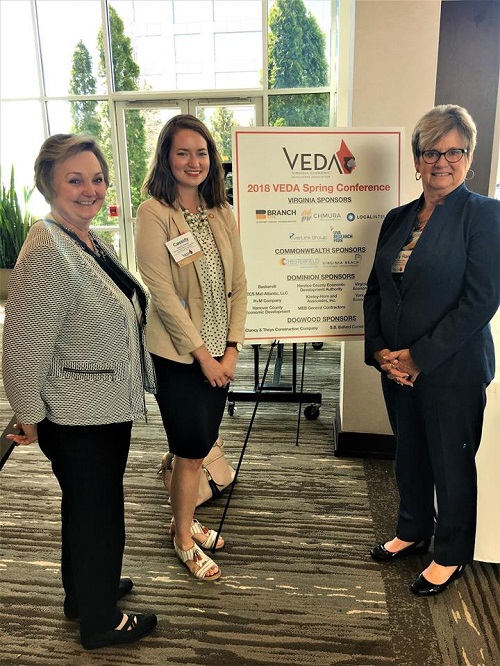 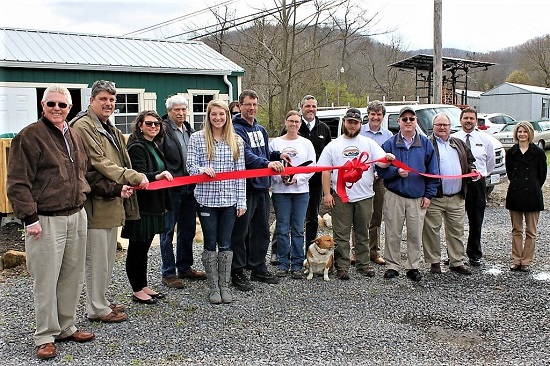 VCEDA participated in the Wise County/City of Norton Chamber of Commerce ribbon cutting April 10 to celebrate the grand opening of Stone Mountain Adventures, LLC in the City of Norton. VCEDA approved a $15,000 seed capital grant to help this new tourism-related small business get started, with five part-time jobs projected. 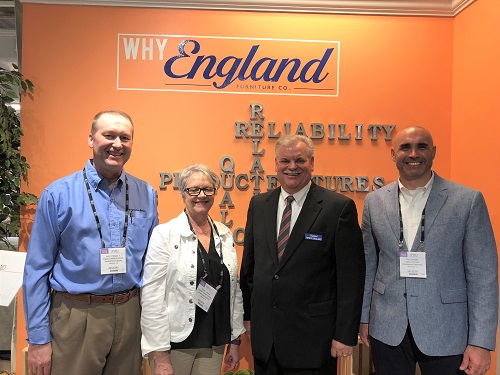 One of the highlights of the show was visiting the showroom of England, Inc., the company establishing an upholstery-sewing facility in Lee County with 79 new jobs. From left, are John Kilgore, executive director of the Scott County Economic Development Authority; Susan Copeland, VCEDA marketing coordinator; Terry England, president of England, Inc.; and Mat Cantagallo, Virginia Economic Development Partnership (VEDP).

A highlight of the show was a tour of the showroom of England, Inc., a company that announced on March 8 it is establishing an upholstery-sewing facility in Lee County, bringing 79 new jobs to the region. VCEDA has approved up to a $515,000 loan to the Lee County IDA to assist with the England, Inc. project in Lee County, following the VCEDA Board’s approval of an additional up to $165,000 for the project on April 19. Training for the initial employees is under way in anticipation of a summer opening of the new facility. VCEDA Marketing Coordinator Susan Copeland was joined by John Kilgore, executive director of the Scott County Economic Development Authority, at the show.