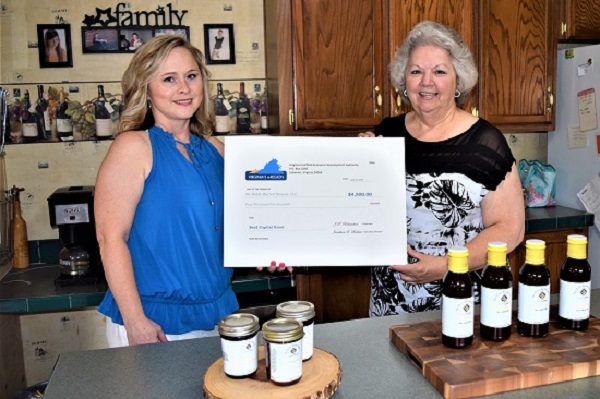 When it comes to flavor, there are no holds barred by Deirdre Deel, of Haysi, owner of No Holds Barred Sauces LLC. From her home kitchen in Dickenson County, Deel makes, bottles and distributes specialty sauces and jams and her new business was the recipient of a recent VCEDA Seed Capital Matching Grant for $4,500.

“The seed capital matching grant helped me tremendously,” Deel says. “l needed a lot of supplies to build up my inventory so that as orders come in, I can fill them. Getting our online store started was another critical part of being able to get the sauces to market.”

Deel worked with Margie Douglass at the Small Business Development Center at Southwest Virginia Community College to develop her business plan. She notes that the No Holds Barred Sauces have been tested and evaluated by Virginia Tech which also led to approval by the Virginia Department of Agriculture and Consumer Services for her to receive a home processing permit to produce the goods. Currently, there are four different sauces and three jams in the No Holds Barred Sauces catalog.

All the current sauce and jam flavors available are listed on the business website at www.noholdsbarredsauces.com.

“VCEDA was pleased to be able to assist No Holds Barred Sauces with the match funding needed to help the new company to grow. The seed capital matching fund was established to help provide entrepreneurs with funding they needed to implement and build their business.” 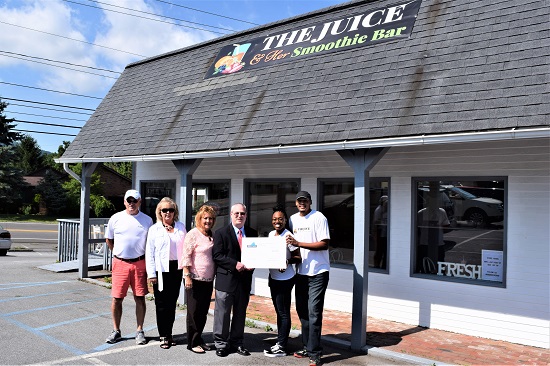 Tazewell County native Omar Reed and his wife, Jelicia, were living in Texas when the couple made the decision to open their own business. The Southwest Virginia mountains kept pulling Omar home and they decided to return to Tazewell County to open The Juice & Her Smoothie Bar.

A $10,000 seed capital matching grant from VCEDA sealed the deal and the Reeds opened the North Tazewell business at 113 Shire Lane this past spring.

“We wanted to do something positive in the community,” Omar says of how the couple arrived at the plan to open a smoothie bar. “The VCEDA funds gave us the seed money to use toward the renovations we did to the space and we used it to supply the store with some of the ingredients we use.”

Since May, The Juice & Her Smoothie Bar has been doing just that. The business is named in part after Omar, whose nickname, because of his O.J. initials, is “The Juice.” He grew up in Tazewell County and after graduating from Tazewell High School and from Bluefield College where he earned a bachelor’s degree in business management, he went on to play basketball internationally for eight years through a minor league NBA team. He and Jelicia, who grew up in California, met in Texas through mutual friends and later married and decided to return to Omar’s childhood home to open the business. Jelicia holds a bachelor’s degree in psychology from the University of Houston.

“We came back here for Omar’s Hall of Fame induction ceremony (at Bluefield College) and I went to the Y for a workout and afterwards, wanted a Smoothie, but there was no place to get one,” Jelicia recalls of how the couple decided to open the Smoothie bar. They returned to Texas, but the idea of opening up a healthy option location in Tazewell stayed with them and shortly thereafter Omar returned to Tazewell to search for a location. He found the current location and Jelicia says within a month, they and now two-year-old son, Julian, were packing up to return to Tazewell to live and work.

Natural smoothies, juices, parfaits, fruit bowls, protein bottles and other healthy snack choices are on the menu, Jelicia says, noting 15 constant smoothie selections are on the menu daily with a specialty smoothie alternating every one-two weeks in part based on the fruit in season.

“Assisting entrepreneurs like the Reeds to take their business plans and turn them into reality is what the VCEDA Seed Capital Matching Grant program is all about. They presented a strong application with a good plan to provide healthier food options in the community.”

Read more about The Juice & Her Smoothie Bar. 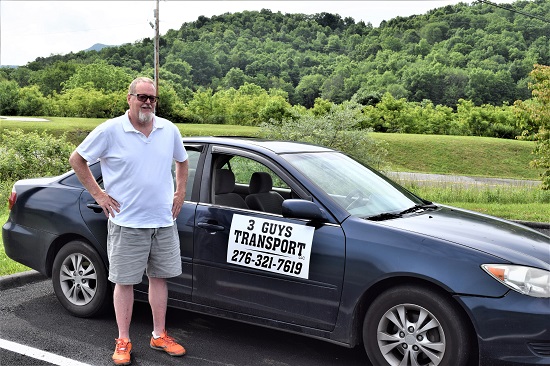 Assisting others to have the transportation they need to get to doctor’s appointments, to and from the hospital, to dialysis appointments, or even a trip to the pharmacy are all part of the services offered by 3 Guys Transport based in Scott County.

The Duffield-based 3 Guys Transport was the recipient of a $10,000 VCEDA Seed Capital Matching Grant which owner David Ramsey said helped toward the purchase of vehicles needed to operate the business.

Ramsey said each vehicle in the fleet translates into another job for a new driver and the ability to serve the needs of more clients. Currently, the company employs six full-time employees.

The idea to form the company came about when Ramsey and Bo Tackett, of Keokee, began talking about people in need who were not in a position to transport themselves to doctor’s appointments. They were joined by fellow owners Brandon O’Quinn and Ronnie Deel and 3 Guys Transport was formed in April 2017. Six months later in October 2017, the doors to 3 Guys Transport were opened. The business is headquartered in leased space in the Pioneer Center Business Incubator in Duffield.

Currently, 3 Guys Transport has contracts with four different companies to provide non-emergency medical transport and Ramsey said they are in talks with others. Plans for the future call for the addition of more vehicles and drivers and ultimately, Ramsey said it is hoped the business will employ 21. “We take care of transportation needs in 13 counties, the city of Norton, Bristol and Gate City,” Ramsey said.

“VCEDA was pleased to be able to assist 3 Guys Transport to build their new business. Helping new businesses to grow and expand and to provide additional jobs in the VCEDA region is what the seed capital matching grant fund is tailored to do.”

Photo: David Ramsey stands beside one of the 3 Guys Transport vehicles. The new business, based in Scott County, provides non-emergency medical transportation for those in need and was the recent recipient of a VCEDA Seed Capital Matching Grant. 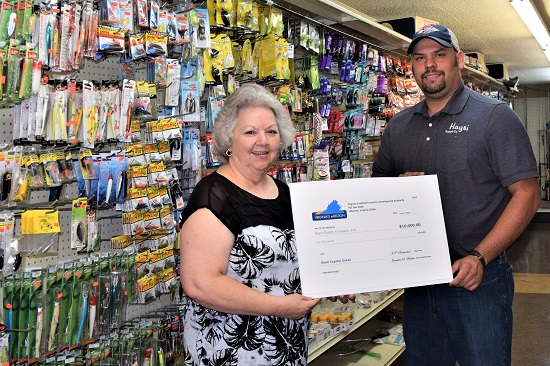 Stepping into Haysi Supply Company on Main Street in downtown Haysi is a lot like stepping into the general store of times past. The business, owned by Jason Deel, is the recent recipient of a $10,000 VCEDA Seed Capital Matching Grant. Haysi Supply was also recognized earlier this summer as the Dickenson County Chamber of Commerce new business of the year.

With merchandise ranging from hardware and camping supplies to feed and fishing gear, the well-stocked shelves provide everyday items, as well as those geared toward adventure tourism as that sector continues to expand in Dickenson County and surrounding areas.

“I really put a lot of work into preparing my business plan,” Deel said. “When VCEDA announced it was one of the projects selected for a seed capital matching grant, it was a real affirmation and proof that someone else believed in me and my plan.”

Deel bought the store building and its contents on 297 Main Street in downtown Haysi from Harold and Rebecca Fuller, of Clintwood, who previously operated the store as the Fuller Store. He said it has been his lifelong dream to be an entrepreneur and to own and operate his own business and he added, the VCEDA seed capital grant is in part what made it all possible.

“VCEDA was pleased to provide the funding to assist with Jason’s plans to grow Haysi Supply. His plan to add to the adventure tourism merchandise he offers at the store was something that also complements VCEDA’s past funding of a variety of adventure tourism offerings in Dickenson County and in the region.”