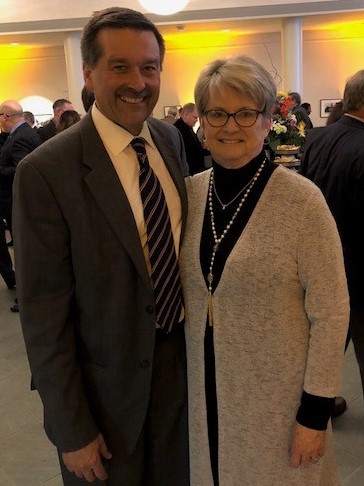 VCEDA Marketing Ambassador Mary Rae Carter represented VCEDA earlier this month at the Virginia Tobacco Region Revitalization Commission’s reception and meeting in Richmond, Va., preceding the opening session of the Virginia General Assembly. Joining her in the photo is Delegate Terry Kilgore of Gate City who is the chairman of the Tobacco Commission. 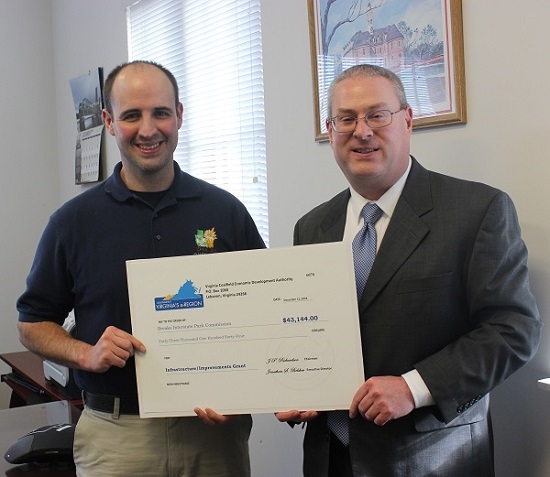 VCEDA Executive Director/General Counsel Jonathan Belcher, right, presents Breaks Interstate Park Superintendent Austin Bradley with a ceremonial check representing a VCEDA grant for up to $43,144 to be used for park infrastructure and improvements.

VCEDA approved an up to $43,144 grant for infrastructure and improvements at the Breaks Interstate Park at its Dec. 13 board meeting. The grant will be used to conduct a right of way survey needed in order to complete the transfer of the park’s electrical distribution system to Appalachian Power Company (APCO) and for a new roof and HVAC system for the park’s adventure outpost building.

Currently, the park owns and maintains its own electrical distribution lines. It was previously announced by the park and APCO that APCO has agreed to take over the management, maintenance and upgrades needed to the park’s aging electrical system. A right of way survey to complete that transfer is required.

The funds awarded come from civil penalties collected by the Virginia Department of Mines, Minerals and Energy which are transferred under Virginia Code to VCEDA specifically for use at the Breaks Park.

“VCEDA is pleased to provide the funds needed to help with infrastructure and additional improvements at the Breaks Interstate Park. The use of the funds to upgrade the park’s outpost building will be an additional enhancement, adding to visitor comfort when checking in for the zipline experience.” 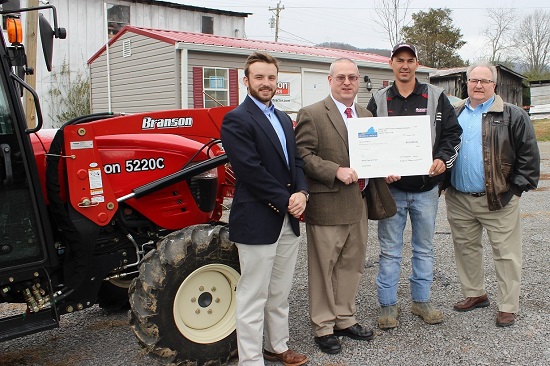 A  long-time farming family in Lee County, Bobby McPherson and his father wanted to give fellow farmers in their area more options to buy and service farming equipment. In February 2018, 38-year-old Bobby McPherson created a new business, McPherson’s Farm Equipment, LLC, one of the latest recipients of a VCEDA seed capital matching grant.

The new business offers new and used tractors and farming equipment along with a full line of parts and service.

McPherson said he plans to use the $10,000 VCEDA seed capital matching grant to buy equipment to add to his inventory at his new business located along U.S. Rt. 58 on a two-acre plot fronting the family’s 60-acre Lee County farm, near the Constitutional Oaks Industrial Park in Rose Hill, Va.

“A brand new business supplying the agriculture industry with options for sales and service fits perfectly with VCEDA’s seed capital matching grant program. Entrepreneurship and agriculture are two target areas identified for further growth and development in the region.” 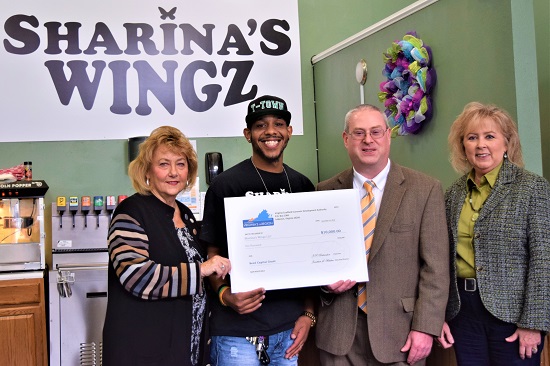 Cousins Derek Pridgen and Terrence McDonald used to talk about opening their own business — about opening a sports bar in Tazewell, Va., where they both grew up — a place where locals and tourists alike could drop by and meet friends, enjoy some good food and maybe watch a little football.

That dream became reality when Pridgen and McDonald opened Sharina’s Wingz and began serving a variety of chicken wings as their specialty. In so doing, McDonald said, they became the only wings place for quite some distance. Sharina’s Wingz was a recent recipient of a $10,000 seed capital matching grant from VCEDA.

“Helping local entrepreneurs to get their start is part of what the VCEDA seed capital matching grant program is all about. Sharina’s Wingz presented a business plan to develop and implement their business to take advantage of local needs and a growing tourism economy in Tazewell.” 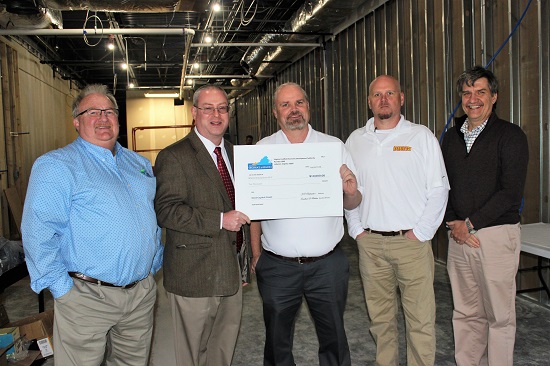 Two Wise Countians who have been friends for years from the ballfields where their children played are bringing a new dining option to the area, partners in a business that is a recent recipient of a seed capital matching grant from VCEDA.

David Cox of East Stone Gap and Chris Bartee of Big Stone Gap formed BACO Enterprises LLC to operate a franchise of Barberitos, LLC that is locating in the Norton Commons shopping center, right next door to Walmart. Renovations of the space are under way and the pair hopes to open the new business in January.

Barberitos is described as a fast casual southwestern cuisine restaurant.

“Adding amenities such as a new dining business helps to not only improve the quality of life offerings in our region, a very important advantage that helps market our area, but this also is adding jobs. BACO Enterprises was a good fit for the seed capital matching grant program.”

Read more about Barberitos in Norton.