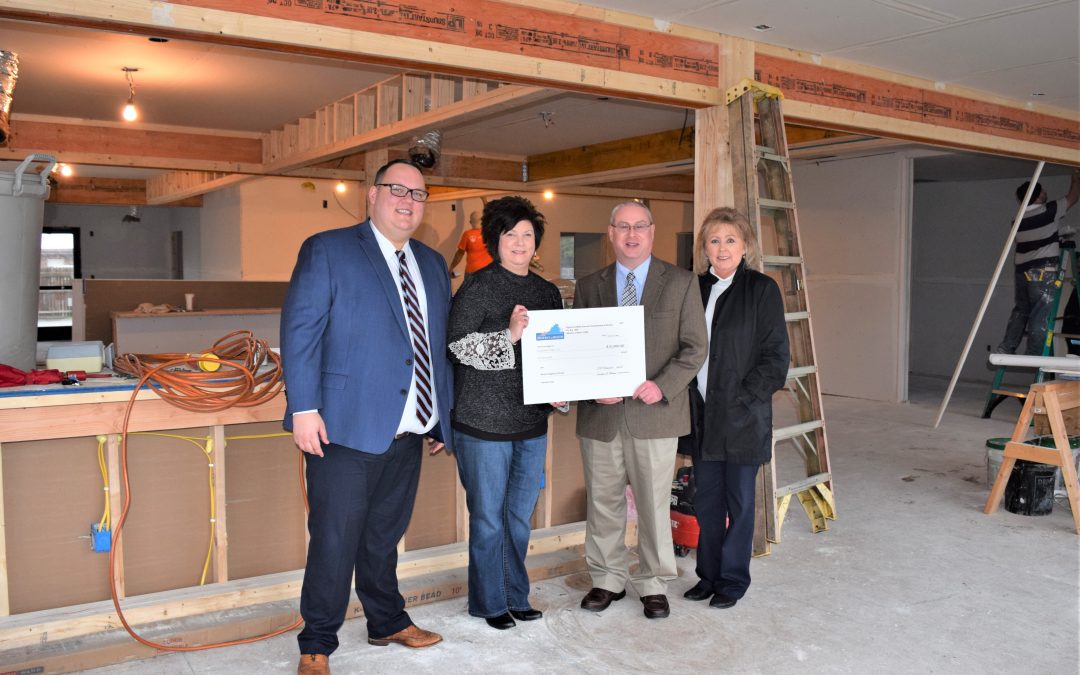 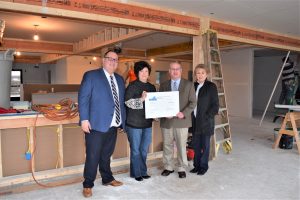 RICHLANDS, VA (FEBRUARY 20, 2020) — When Blake Ray talks about his new business, Coaltown Taps, LLC in downtown Richlands, he envisions a place where people can come together to talk about the events of the day or the week and enjoy a craft brew and a gourmet burger. The new business when it opens in late spring 2020 will offer lunch and dinner from a mobile food truck parked in the courtyard area, a lounge area with couches and armchairs, tables and craft beers from across Virginia. Coaltown Taps, LLC, is a recent recipient of a Virginia Coalfield Economic Development Authority (VCEDA) $10,000 Seed Capital Matching Grant.

Located at 108 Fairfax Avenue in Richlands, Coaltown Taps LLC is housed in a 100-year-old home that once served Richlands as the location of the Agatha Inn. It also housed the National Sportsman’s Shop at one time and was the property owned by the president of the Clinch Valley Coal and Iron Company.

Ray noted that in addition to offering normal business hours during the week of 11 a.m. to 9 p.m., Sunday through Thursday; and 11 a.m. to midnight on Fridays and Saturdays, quarterly events will be offered. Twelve televisions will allow those who want to catch a game the opportunity to do so. Sunday afternoon music events and trivia nights will round out some of the planned activities. A kids’ corner is also planned, giving younger visitors a place to call their own. A family environment is the planned vibe for the restaurant which Ray’s mother, Bobbie Ray, will manage.

“Coaltown Taps is not a bar,” Ray said. “It’s a restaurant with craft beer from all across Virginia. It’s a community collaborative house.”

The food truck which will provide food for the restaurant has been ordered and when it gets up and running, Ray said menu items will be named after local places and people – the Ernie Hicks Hot Dog and the Brickyard Burger will be among the items Coaltown Taps patrons will find on the menu.

A small conference room, the Agatha Room – a nod to the building’s history – will be available for the community to use for small meetings or private gatherings.

“We really want to highlight the heart of the town,” Ray said.

Ray noted that in opening Coaltown Taps, LLC, he wants to give back to the community and encourage pedestrian traffic in the historic downtown area of Richlands. Two fundraisers a year will be held to benefit selected non-profits. Plans call for a coaches’ corner to be hosted on a regular basis to which area coaches will be invited to come and talk about the game and the progress of their team to keep locals who support athletics engaged in their hometown team. Live music events and open mike nights will also be a staple of the new business.

“There’s a saying that music doesn’t start in Madison Square Garden — it starts in places like this,” Ray said.

A loyalty program will be set up giving those taking part in it the ability to move from red hat, to black hat to white hat – a nod to the coal history of the area. A mug club will also be offered for which members will receive a t-shirt and have a personalized mug with their name on it at Coaltown Taps.

Renovations of the Fairfax Avenue space are underway utilizing Tazewell County contractors, Ray said, adding, “the VCEDA grant really helped us as we encountered some unexpected structural issues when renovation began. We were able to use the VCEDA grant funds to help with the renovation.”