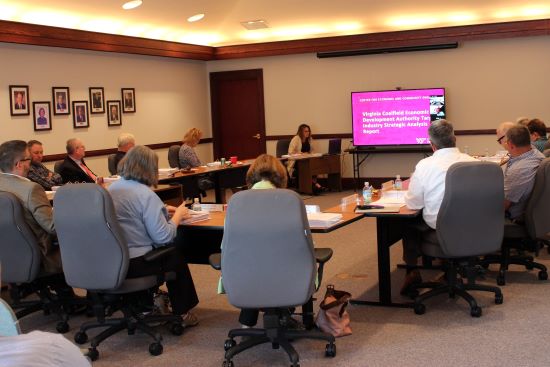 Members of the VCEDA board and staff listen to a presentation related to the recently completed Virginia Tech target industry strategic analysis completed for the e-Region.

Four target industries the Virginia Coalfield Economic Development Authority (VCEDA) should continue to prioritize to promote job growth and investment were identified in a recent industry strategic analysis conducted by the Virginia Tech Center for Economic and Community Engagement.

The findings in that report, commissioned by VCEDA, were presented to the VCEDA board at a meeting of the board in late September. In several cases, what the study found was that the region is already outperforming national averages in key sector areas.

Specifically, the report identified advanced manufacturing, electronic information technology, energy-related enterprises and creative tourism as the four target sectors. In arriving at the findings, the challenges and opportunities in each industry cluster were analyzed.

“We appreciate the work done by Virginia Tech’s Center for Economic and Community Engagement on this study and we were especially pleased to see it validated our own research related to industry targets we are already actively pursuing. VCEDA began marketing the region as the e-Region some years ago to focus on emerging technologies (advanced manufacturing), electronic information technologies, energy and education and through additional programs VCEDA has formulated,  tourism and entrepreneurship.” 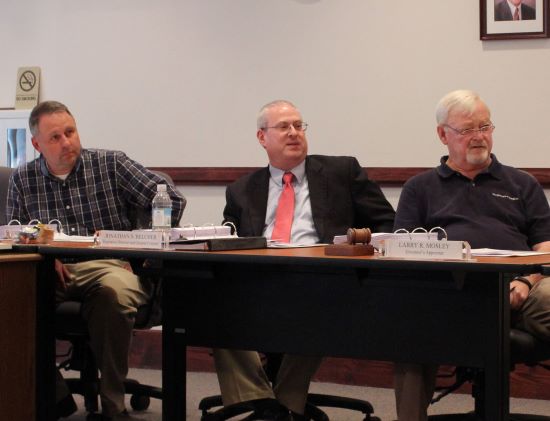 Two loans and two grants were approved in mid-September during a meeting of the Virginia Coalfield Economic Development Authority (VCEDA) board in Lebanon. So far this year, the VCEDA board has approved 28 loans and grants for $8.7 million in new funding projected to help create 203 full-time and 94 part-time jobs and more than $3.9 million in private investment.

Project activity, he said, continues to be high, with 58 active projects currently being pursued. Additionally, he said, so far this year, VCEDA has completed 17 outreach marketing events across the United States.

Read more about the VCEDA Board Meeting. 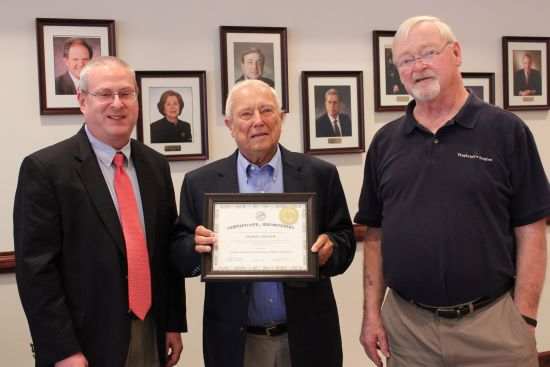 Joe Gillespie was presented with a certificate of recognition honoring him upon his retirement from the Virginia Economic Development Partnership.

The recognition came during a mid-September meeting of the VCEDA board in Lebanon. 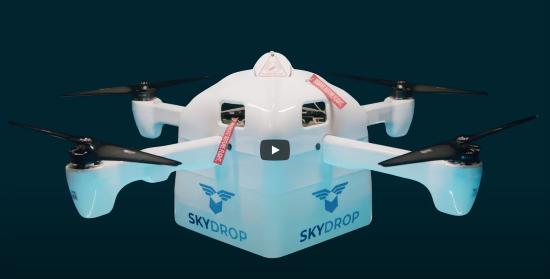 Episode one of the documentary series, “The SkyDrop Story,” telling the exciting, historical story of the first FAA-approved drone delivery on US soil is nowlive on YouTube. Southwest Virginia’s e-Region was the site of the first FAA approved rural drone delivery in the U.S. The ‘Kitty Hawk’ moment took place July 17, 2015 in Wise County, when medical supplies were delivered by drone to a rural medical clinic. Enthusiasm is high for welcoming unmanned systems to southwestern Virginia! You can view the video at https://youtu.be/OHLt8RFPGNY. 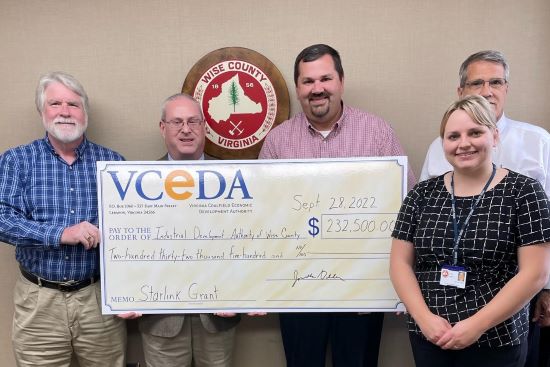 A $232,500 grant from the Virginia Coalfield Economic Development Authority (VCEDA) Education and Telehealth Access Fund to be used to finance the provision of low earth orbit space-based broadband through Starlink Satellite Internet to additional unserved and/or underserved children in Wise County was closed recently with the Wise County Industrial Development Authority.

The grant funds will be used for the cost and expense of hardware and wiring; and for two-year subscriptions for 94 residences in Wise County with the purpose being to expand education and telehealth access in Wise County. According to the IDA’s application, this will result in a grand total of 438 students that will receive Starlink Satellite Internet service in Wise County.  Wise County has committed to provide $155,000 in leveraged funding toward the project.

“VCEDA was appropriated $500,000 in the Virginia state budget for FY2023 and $500,000 in FY2024 for initiatives intended to expand education and telehealth access. Previously, in FY2022, VCEDA also received $500,000 for this purpose and developed the VCEDA Education and Telehealth Access fund to administer the funds being received from the state.” 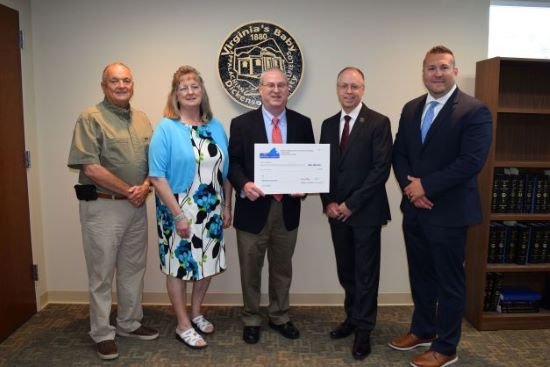 The funds will be used to install a stormwater detention system on the approximately 1.14 acre tract of property located in the town.

In December 2016, VCEDA approved an up to $300,000 loan to the Dickenson County IDA to be used to finance the purchase of the site, grading, development, construction of a retaining wall, installation of utilities and other improvements.

“According to the IDA’s application to VCEDA, a survey conducted after the grading of the site revealed that the disturbed area was 1.04 acres and that a Department of Environmental Quality (DEQ) stormwater permit would be required. The IDA believes the best option to meet the stormwater requirements is to install a stormwater detention system.  VCEDA is glad to assist the IDA with the further development of the site to make it more marketable to prospects who will create jobs.” 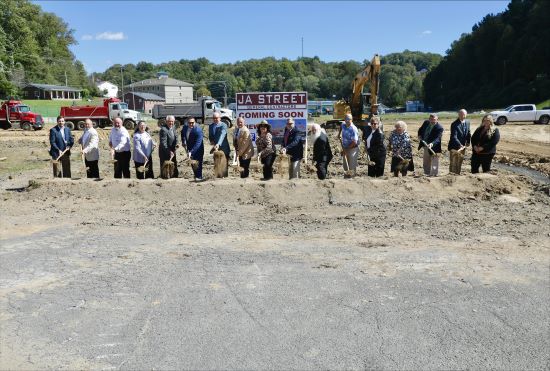 Ground was broken in September on the new Food City Store to be located in Clintwood, VA.

Company officials broke ground on the new Food City, which will be located at the intersection of Dickenson Highway and Main Street in Clintwood, VA, last month. The 45,000 square foot retail supermarket will serve as a replacement for Food City’s existing location and is expected to open next spring.

“We have served the residents of Clintwood and Dickenson County for nearly 25 years and we are excited to have the opportunity to build a new state-of-the-art Food City to better serve our loyal customers,” said Steven C. Smith, Food City president and chief executive officer.

“On behalf of the Virginia Coalfield Economic Development Authority, which provided a grant to Dickenson County to help develop the site, we would like to congratulate Food City on locating a new store in Clintwood. Food City is a highly significant regional employer and the jobs and investment that this new store will bring to Dickenson County will be a big boost economically and add greatly to downtown Clintwood.” 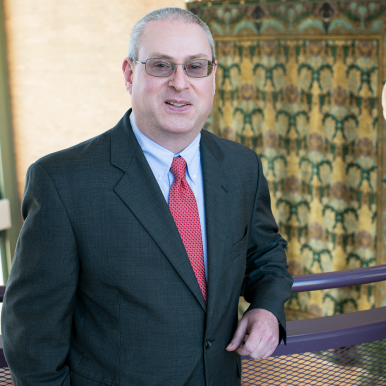 The VCEDA board extended its congratulations to VCEDA Executive Director/General Counsel Jonathan Belcher, who was recently named to the Virginia Power 500 list, a listing by Virginia Business magazine of the 500 most powerful, influential leaders in business, government, politics and education in the state.

Belcher, who also serves as the executive director of the Virginia Coalfields Expressway Authority, was one of nine Southwest Virginia residents named to the prestigious list. He began working with VCEDA in 1997 and became its executive director in 2006. He holds a B.B.A. in Real Estate from Morehead State University, a J.D. from the College of William & Mary and is a licensed attorney. 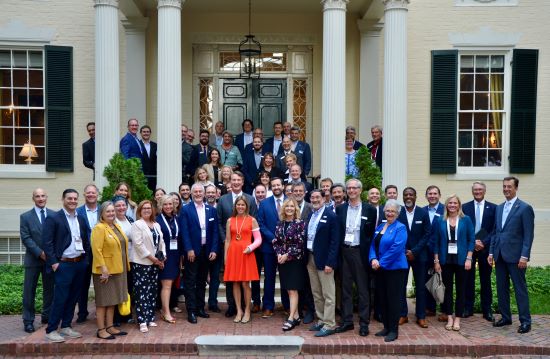 VCEDA was a sponsor of the Site Selectors Guild Fall Forum in Richmond, Va., along with the Virginia Economic Development Partnership and other regional development agencies from across the state. The forum provides opportunities for knowledge sharing, discussion panels, breakout sessions and networking between economic developers and site selectors. One evening, the group was hosted by Virginia Gov. Glenn Youngkin at the governor’s mansion. 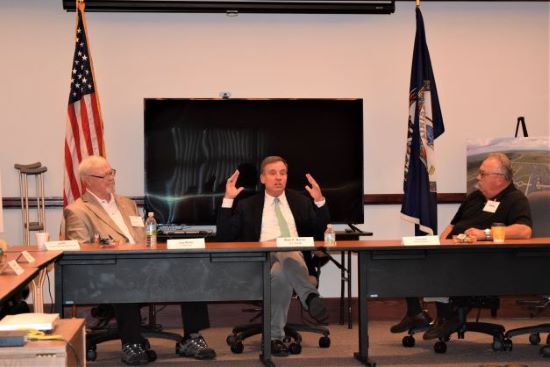 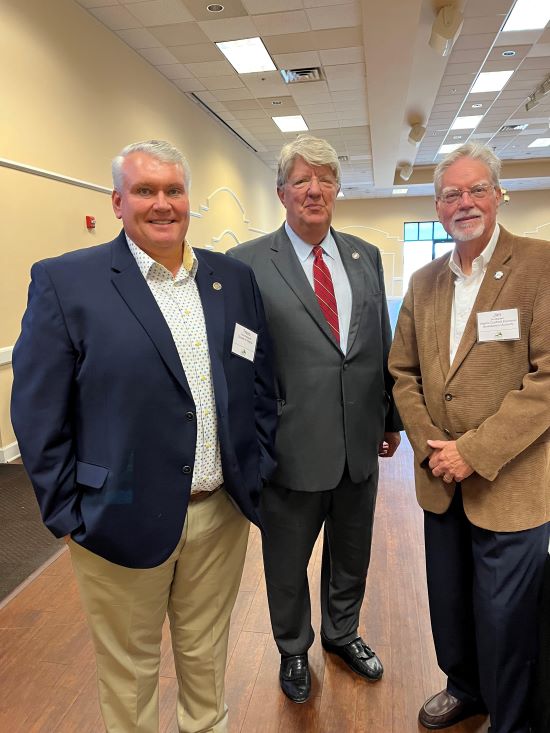 VCEDA Marketing Ambassador Jim Baldwin, right, represented VCEDA at the Governor’s Summit on Rural Prosperity in Smithfield, Va. While there, he had an opportunity to meet with Sen. Travis Hackworth, left, and Virginia Secretary of Transportation Sheppard Miller III, center, to again stress the importance of the Coalfields Expressway as a key economic development need in far Southwest Virginia.

Lt. Gov. Winsome Earle-Sears was the keynote speaker opening the event, followed by D.J. Jordan, Chief of Staff for Attorney General of Virginia, who was the featured speaker.

In addition to seven members of Gov. Glenn Youngkin’s cabinet, local, state and private sector representatives from across Virginia were in attendance to discuss innovative initiatives occurring in rural communities across the state. 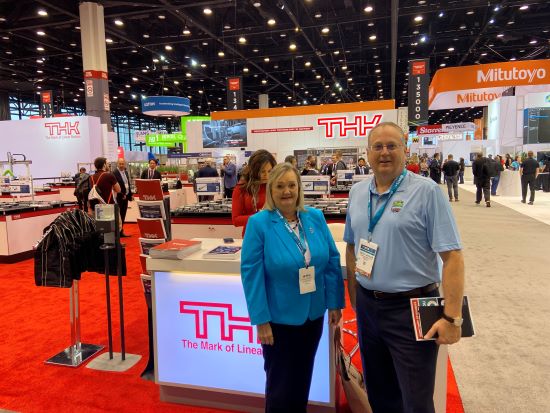 While there, they had the opportunity to meet and talk with manufacturers from around the world and to attend a variety of sessions on the current state and future expectations for manufacturing.

The  International Manufacturing Technology Show (IMTS), first held in Cleveland, Ohio in 1927, is a trade show featuring industrial machinery and technology. It is the largest manufacturing technology trade show in North America. 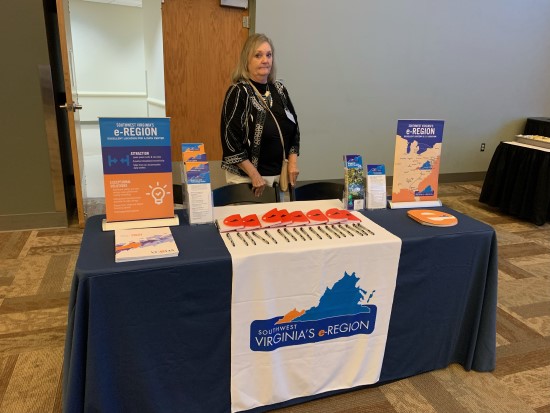 VCEDA was at the Appalachian Council for Innovation’s annual gala in mid-August. Congratulations to AMR/Pemco and Pyott Boone Electronics, both of which were presented with Innovation Awards; and Don Green, who was given a Lifetime Achievement Award. Also at the event, the Food City Foundation presented a check for $10,000 to the Napoleon Hill Foundation’s Keys to Success program. VCEDA has also previously supported the Napoleon Hill Foundation Keys to Success program with grant funding to be used for workforce development and training. VCEDA Marketing Ambassador Charlotte Mullins manned the VCEDA exhibit at the event. 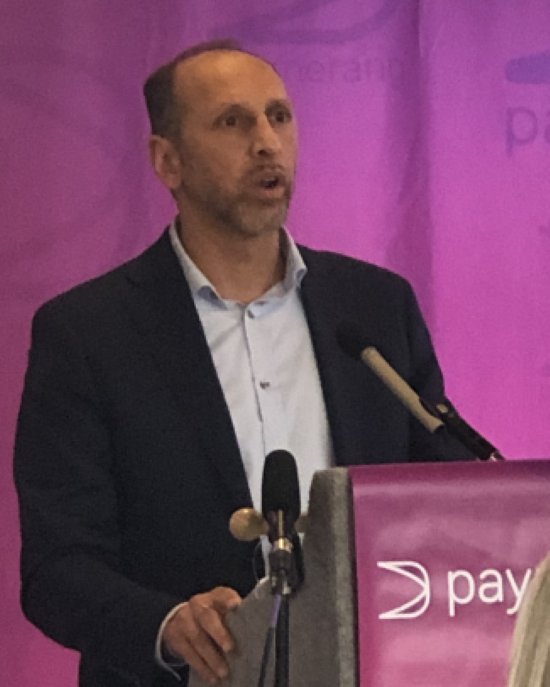 VCEDA extended its congratulations to Paymerang, a payment and invoice automation company based in Central Virginia, who announced recently it will incorporate Wise County in its business expansion plans. The company and its parent company, Aldrich Capital Partners, announced plans to expand its operations to include use of space in Big Stone Gap in the former Mutual Drug building to create 50 jobs.

Employees in the Wise County facility will engage in software development and payment operations for Paymerang’s nationwide client base.

VCEDA has been pleased to work with Big Stone Gap in the past to provide a $90,000 grant for renovations to the building; and another $10,000 seed capital grant for Curklin’s which is already located in the building. 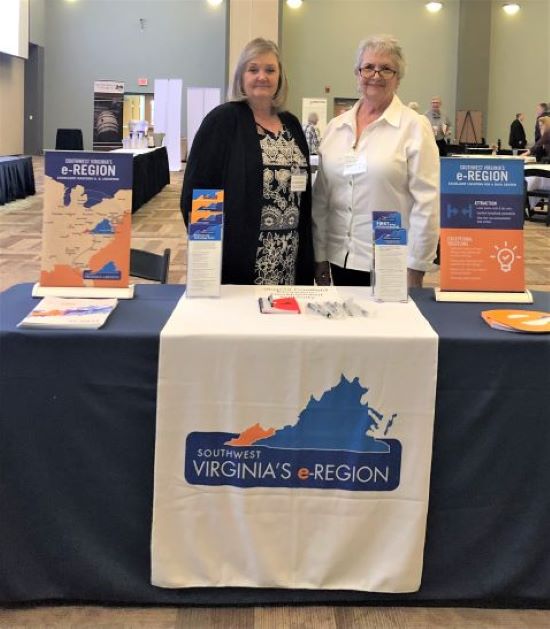 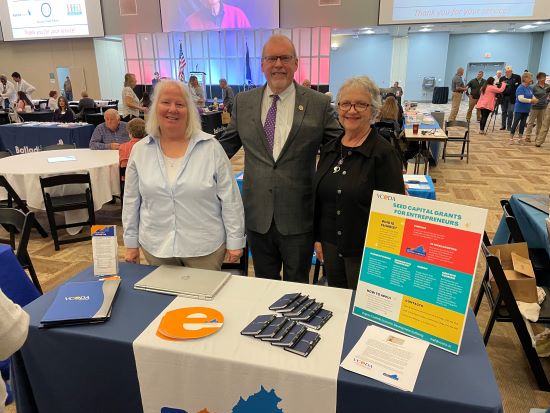 One of the visitors who stopped by the VCEDA booth at the Southwest Virginia Veterans Expo was Congressman Morgan Griffith, center, pictured with VCEDA’s Cathy St. Clair, left; and Susan Copeland, right.

VCEDA exhibited at the Southwest Virginia Veterans Expo in October in Abingdon at the Higher Education Center. While there, representatives had the opportunity to talk with veterans and others about the seed capital matching grant program and other VCEDA programs. 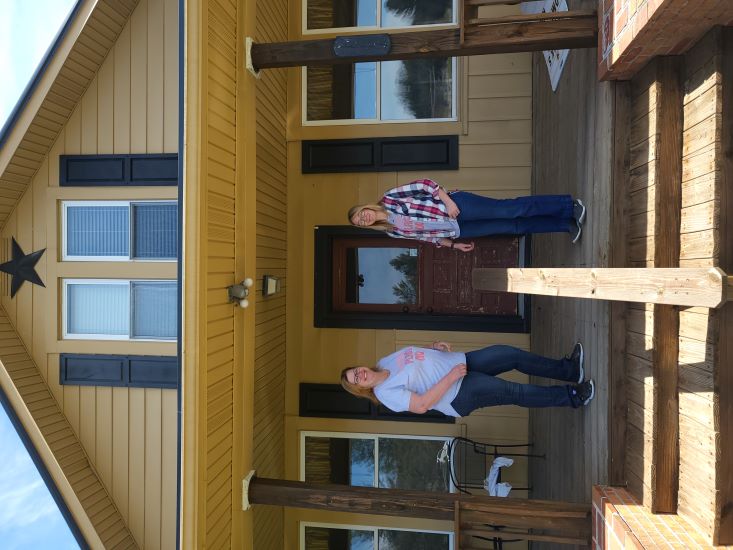 Ulrike and Sonja Whalen stand on the porch of their new restaurant and artisan bakery, Oma’s Haus, now under construction in Coeburn. Oma’s Haus was a recent recipient of a Virginia Coalfield Economic Development Authority Seed Capital Matching Fund Grant.

Traditional German foods will soon be available on Southwest Virginia tables as Oma’s Haus – operated by the mother and daughter team of Ulrike and Sonja Whalen — opens on 111 Dickerson Avenue in Coeburn in early winter.

“One of VCEDA’s target industry sectors is creative tourism and those businesses that support it. Oma’s Haus fits that bill with its plan to bring a restaurant featuring traditional German foods to Coeburn, giving residents and tourists alike a new dining option while at the same time creating jobs. The new business projects four full-time employees and seven part-time employees within five years.” 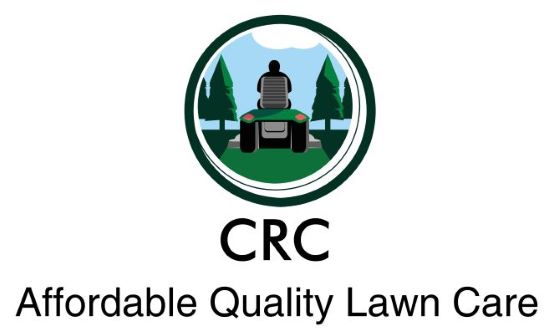 Quality lawn care at an affordable price is what CRC Affordable Quality Lawn Care, LLC strives daily to deliver to its customers in Dickenson and surrounding counties, according to CRC Owner Craig Carpenter.

“The VCEDA Seed Capital Matching Grant Fund was set up to assist entrepreneurs in growing their new businesses. CRC Affordable Quality Lawn Care LLC has established itself since opening in March and projects three full-time employees within five years.” 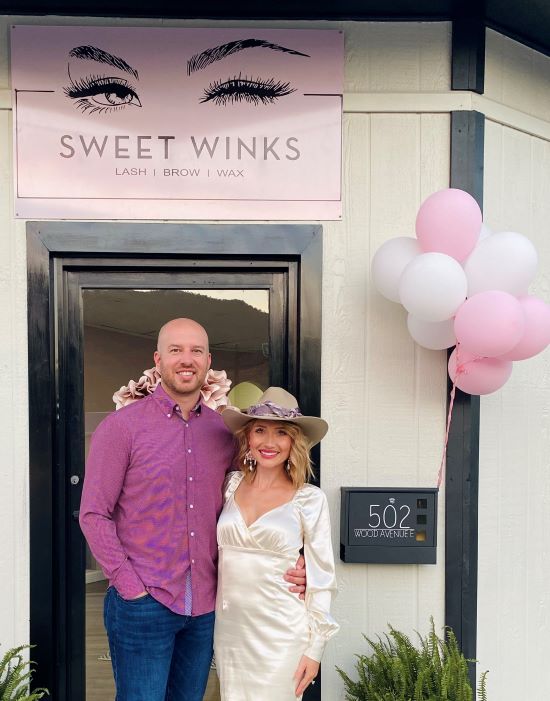 High-end, yet affordable skin care services are the primary focus of Sweet Winks, LLC, according to owner Sarah Mullins Botts, who noted additional services including lash extensions and organic teeth whitening are also offered as the business maintains its goal to enhance the natural appearance of its customers. 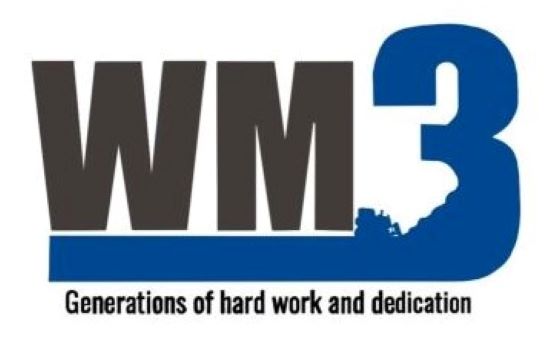 While general landscaping and lawn care services have been the primary focus of the work done by WM3 Enterprises, LLC this past summer, small construction, driveway repair and more are also on the list of services offered by WM3 for both residential and commercial customers.

Wallace Mullins III, or “Tre’,” opened the business to be able to provide needed services in the community, however, in addition to completing jobs in Wise County and the City of Norton, Mullins said his company’s service area also includes customers in Dickenson County.

“WM3 Enterprises, LLC is providing needed services in the region and re-investing in the business to continue to grow it and its client base. The business projects employment of five full-time and seven part-time employees within five years.”