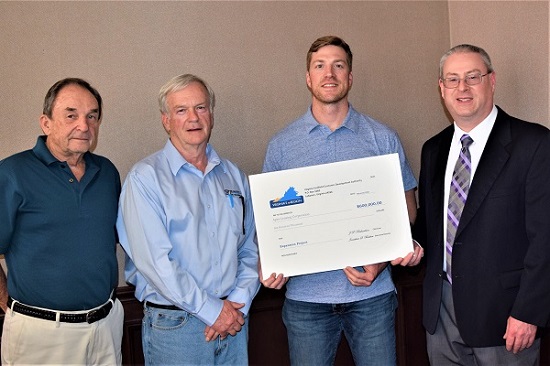 Funds from the VCEDA loan to Apex will be utilized for an expansion of the West River facility on Dismal River Road in Buchanan County, which will enable the company to expand its product line. The expansion project includes the construction of an approximately 15,000 sq. ft. building, including a paint booth and office and equipment. The building will be owned by Apex and leased to West River.

The expansion will allow for the development of new product lines to make the company more competitive and enhance its ability to offer greater solutions to its customers.

“One of VCEDA’s goals is not only to attract new businesses to the region, but also to assist existing business in their growth and expansion plans. This project certainly is in line with that goal and we look forward to seeing the company implement its plan and continue to grow and provide jobs in the e-Region.”

Read more about this project. 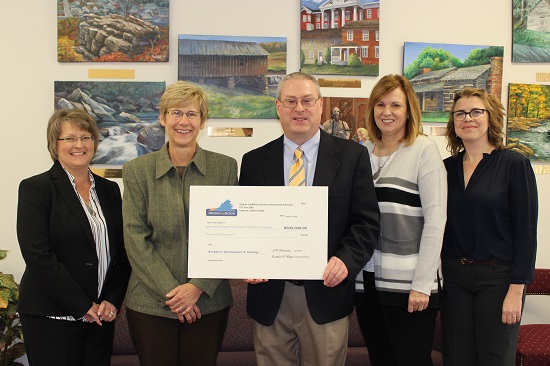 VCEDA closed March 27 on an up to $500,000 grant to the Mountain Empire Community College Foundation to be used for workforce development and training at Mountain Empire Community College (MECC). The funds will be used for scholarships, tuition, and assessment fees, including administering National Career Readiness Certificate testing, to create and administer relevant courses to train and retrain the workforce for new jobs in the region. Students must be residents of the VCEDA region, which includes the counties of Buchanan, Dickenson, Lee, Russell,

Scott, Tazewell and Wise and the City of

“Being able to present workforce capabilities to those employers who are considering locating or expanding their businesses in the VCEDA region is important in VCEDA’s mission to enhance and diversify the region’s economic base.”

Read more about the grant to MECC Foundation.

VCEDA closed on the third and final installment in a $6 million loan benefitting the Appalachian School of Law in Grundy on March 29.
The installment amount was for $1 million, completing delivery of the $6 million funding package initially approved in 2016 by VCEDA to benefit the law school. The funds were presented to the Buchanan County Industrial Development Authority which will disburse the funds to ASL. 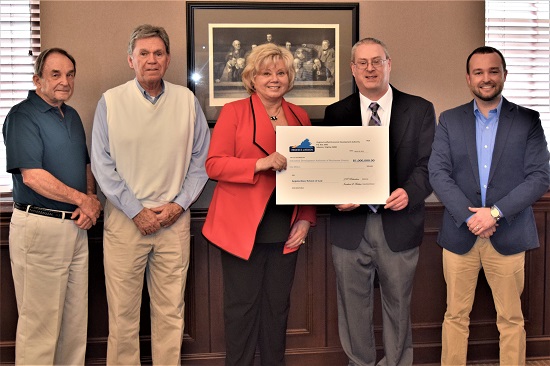 One of the parameters that had to be met to access the VCEDA funding was tied to enrollment. Sixty-nine first year law students arrived on campus to start the 2017-2018 academic year. The first-year class included new students, students who started law school in January 2017 and transfer students, representing a more than 80 VCEDA Attends Site Selectors Guild

Annual Conferencepercent increase in the

“We are pleased to be able to continue to assist the Appalachian School of Law in this project aimed at job retention and job creation. The funds the law school is receiving for this project are contingent upon the law school meeting additional enrollment performance criteria and we are happy to say they not only met that criteria, but exceeded it.”

Read more about the ASL loan.

Site selectors are a valuable source of leads for potential projects, and this is one method VCEDA utilizes to communicate with them and make them aware of the advantages of locating in Virginia’s e-Region. VCEDA attended the seventh annual conference of the Site Selectors Guild March 19-21 in Cincinnati, OH. The theme of this year’s conference was how disruptive technologies are affecting economic development and the future. Trends and innovative technologies such as driverless cars; workforce training required for jobs that may not even exist today; changes in energy; and site selection process and policies were among the topics discussed. Interacting with individual site selectors who are members of the Site Selectors Guild in revolving roundtable discussions was a highlight of the conference that was attended by some 400 attendees. The guild seeks to foster the vital relationships between economic developers and site selection consultants through sharing of valuable information and feedback from its work with corporate clients in order to help make regions and communities more competitive and successful. 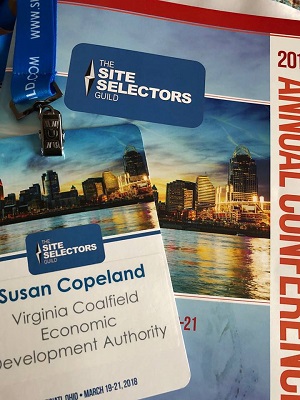