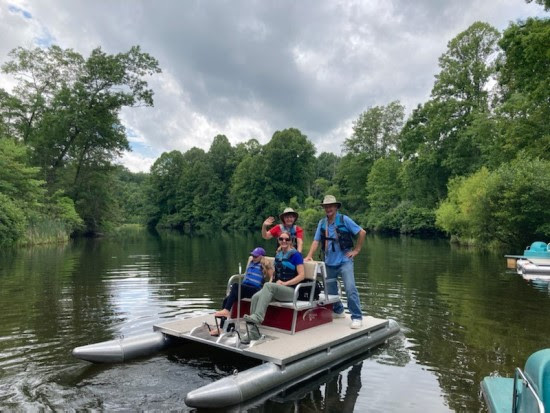 New paddleboats which have been enjoyed by Breaks Park guests this summer were among the park purchases and improvements made through a recent VCEDA loan to the park funded through the Civil Penalties Fund earmarked specifically for park use.

Documents related to a loan from the Virginia Coalfield Economic Development Authority (VCEDA) to the Breaks Interstate Park were signed recently and included an amendment to allow spending on other needed park items.

In April, VCEDA approved an up to $150,000 loan to the park to assist with operating costs as a result of COVID-19 shut-downs mandated by the state of Virginia’s response to the pandemic which impacted the park. In June, an amendment to that loan was approved by the VCEDA board to allow the park to also use some of the funds for a project adding new paddleboats and expanding the dock area, per the park’s request.

The amended loan allows for the funds to be used for operating costs, as well as “the purchase of equipment, dock area expansion or other improvements,” giving the park flexibility to also use the funds for the paddleboat and dock projects or other projects that might arise. Funds for the loan come from the Civil Penalties Fund earmarked specifically for the park.

“COVID-19 created some rather unique challenges for a number of VCEDA region businesses, including the Breaks Interstate Park. In an attempt to help businesses in our region navigate through some of those challenges, early on, we provided funding to our local industrial development authorities which they in turn passed on to businesses in their localities to aid them in the pandemic. The Breaks Interstate Park, which made a direct application to VCEDA for pandemic assistance, is a key attraction in our region and as such, we were pleased to approve the initial loan and later to approve the amendment requested to give the park the flexibility it needed to put the funds awarded to it to the best use.”

Read more about the Breaks Park.

ACP Graduates Jackie Hackney, Nicole Lawson and Clint Lawson will open Nextdoor Drug in Lebanon, Va., on Saturday, August 29. The business was a recent recipient of a VCEDA Seed Capital Matching Grant for $10,000.

When Jackie Hackney, Clint Lawson and Nicole Bostic met at the Appalachian College of Pharmacy in 2005, they agreed that someday — after graduation — they would open their own pharmacy. On Saturday, August 29, the three classmates who graduated in 2008 with their doctor of pharmacy degrees will open Nextdoor Drug, a recent recipient of a $10,000 seed capital matching grant from the Virginia Coalfield Economic Development Authority.

After graduation, Bostic, originally from Buchanan County, Va., and Lawson, from Wise County, Va., married. They and Hackney, who is from Russell County, Va., went their separate ways with Clint working in retail pharmacy; Nicole working in retail and then hospital pharmacy; and Jackie, teaching at ACP for a couple of years and then going into clinical pharmacy. At the end of last year, plans for the new pharmacy business in Lebanon, Va., were solidified and began to take shape as the business was set up as a professional corporation, Nextdoor Drug Pharmacy, PC.

Providing for the accounting, bookkeeping and other financial record keeping needs of area businesses and individuals is the primary goal Pansy Harman, of Tazewell, had when she formed Professional Bookkeeping & Accounting Inc. The business is a recent recipient of a $10,000 Virginia Coalfield Economic Development Authority (VCEDA) Seed Capital Matching grant.

Harman, who has worked in the accounting field for more than 38 years, noted it’s been her life’s work to take care of the bookkeeping and record keeping needs of many in the business community in Tazewell and the surrounding area. She was a long-time employee of H&R Block and at one time, owned the Tazewell franchise until she sold it to go into business for herself.

“Assisting Professional Bookkeeping & Accounting Inc. with a seed capital matching grant was something VCEDA was pleased to do. The business projects four full-time and six part-time jobs will be created within five years.” 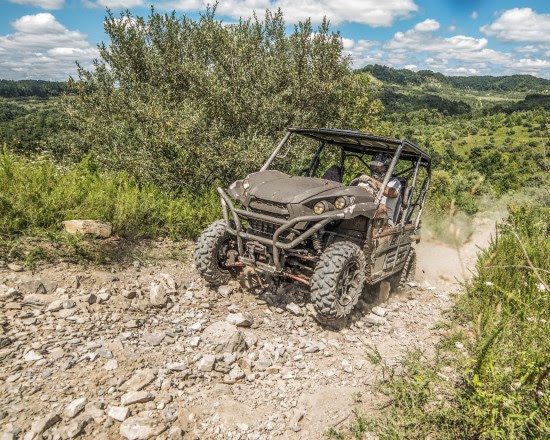 Spearhead Trails’ Coal Canyon Trail now has more than 200 miles of connected trail access with the Ridgeview Trail. The trails lead to the ATV-friendly towns of Grundy and Haysi in VCEDA’s Southwest Virginia e-Region. An independent economic impact study showed in 2018-19 Coal Canyon had an estimated economic impact in Buchanan County of  $2.3 million. 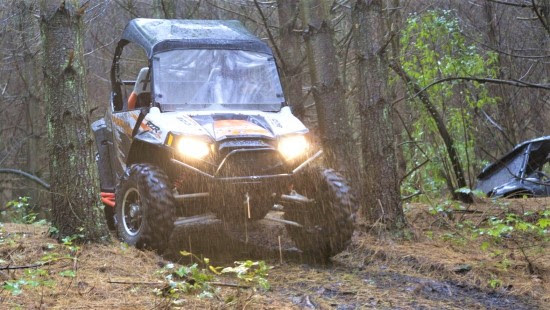 An independent economic impact study showed in 2018-19 that the Original Pocahontas, or OP Trail, in Spearhead Trails’ system has had an estimated economic impact in Tazewell County of $3.1 million.

Two loans totaling $330,000 to the Southwest Regional Recreation Authority (SRRA) were converted into grants recently by the Virginia Coalfield Economic Development Authority (VCEDA). The promissory notes for a $220,000 loan to SRRA for the Coal Canyon trail system in Buchanan County and a $100,000 loan for the Original Pocahontas (OP) trail in Tazewell County were forgiven and converted to grants.

The Coal Canyon loan, which was for the construction and design of that trail was originally approved by VCEDA in March 2015 and the OP loan for mapping, engineering, design and construction of some 25-30 miles of that trail was approved in June 2015. The Coal Canyon Trail, which connects to the Ridgeview Trail in Dickenson County, provides 200-plus miles of connected trail access.

‘VCEDA has been pleased to work with the Southwest Regional Recreation Authority through the years as it has constructed these portions of the Coal Canyon and OP trails within the Spearhead Trails system. The trail system has added greatly to tourism offerings in Southwest Virginia’s e-Region, creating jobs and opportunities for additional entrepreneurs to grow their new businesses as the trail system has expanded.”

As Gabriel Yates looked at the Town of Haysi in Dickenson County, he saw an opportunity to cater to the town’s growing tourism economy as a result of Spearhead Trails’ Ridgeview Trail. As a result, he opened Trailhead Country Kitchen LLC. The new restaurant was a recent recipient of a Virginia Coalfield Economic Development Authority (VCEDA) $10,000 seed capital matching grant.

Not only does Trailhead Country Kitchen serve the restaurant needs of hungry trail riders, capitalizing on its slogan, “Don’t Ride Hungry,” but it also serves as a gathering spot for locals searching for a place nearby to have a good home-cooked meal, as well as to Russell Fork River whitewater rafters, kayakers, innertube floaters and fishermen. From hot roast beef sandwiches with real mashed potatoes, to burgers, sandwiches, pizzas, dinner specials and desserts, there’s something on the menu to appeal to the appetites of many.