GRUNDY, VA – April 2, 2018 – An up to $600,000 loan which will result in the creation of 12-15 new jobs in Buchanan County was closed last Thursday by the Virginia Coalfield Economic Development Authority for Apex Leasing Corporation. Apex is an affiliate of West River Conveyors and Machinery Company. 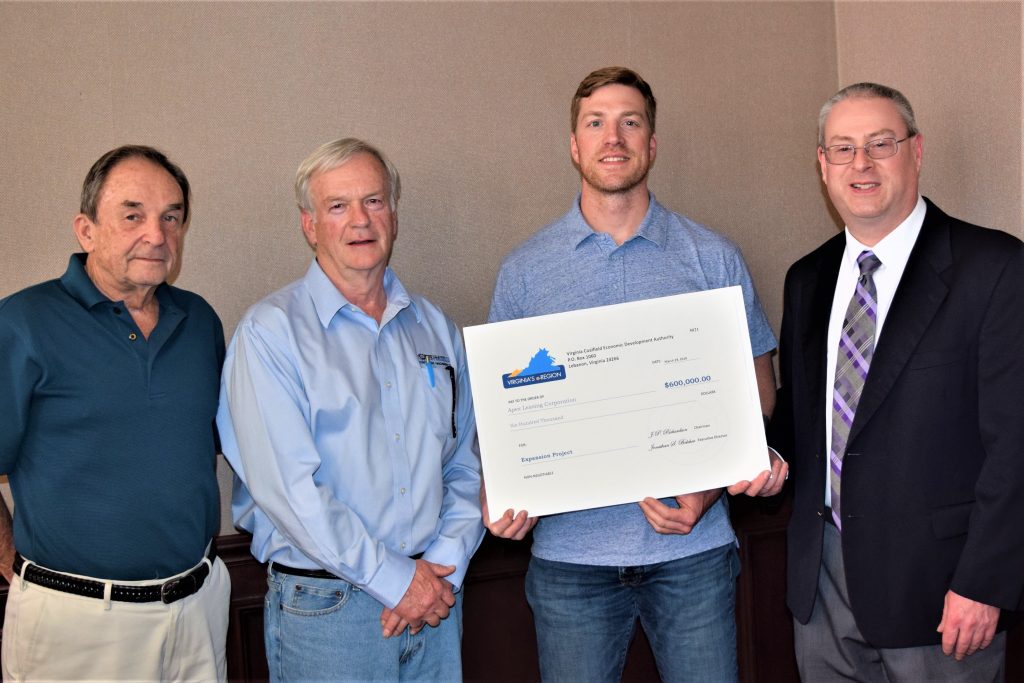 Apex Leasing Corporation was formed in 1992 and leases property to West River, a designer and manufacturer of conveyor systems and equipment. Funds from the VCEDA loan to Apex will be utilized for an expansion of the West River facility on Dismal River Road in Buchanan County, which will enable the company to expand its product line.

The expansion project includes the construction of an approximately 15,000-square-foot building, including a paint booth and office and equipment including welding stations, iron worker, overhead crane, assembly line conveyor and vertical drill.  The building will be owned by Apex and leased to West River.

“The demand for above-ground conveyor equipment across different mining sectors and outside of mining has given us the confidence to move forward with the project,” said West River Vice President of International Sales Pete Savage. “We appreciate VCEDA’s assistance with making this project a reality which allows us to provide additional employment opportunities in Buchanan County. We have already hired six new employees.”

Savage noted the expansion will allow for the development of new product lines to make the company more competitive and enhance its ability to offer greater solutions to its customers.

“VCEDA is pleased to be able to assist Apex Leasing Corporation in its plans with West River to expand the company’s product lines and to employ additional people,” said VCEDA Executive Director/General Counsel Jonathan Belcher. “One of VCEDA’s goals is not only to attract new businesses to the region, but also to assist existing business in their growth and expansion plans. This project certainly is in line with that goal and we look forward to seeing the company implement its plan and continue to grow and provide jobs in the e-Region.”