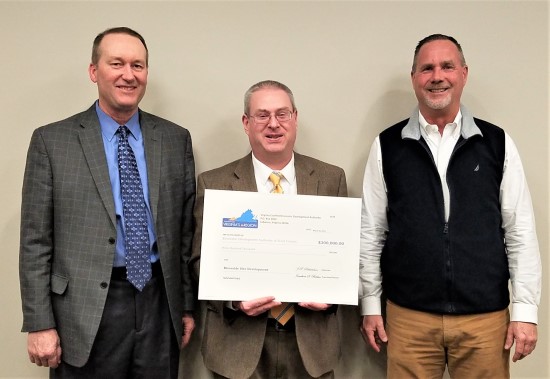 The funds will be used for site grading, site development, engineering and permitting fees needed to develop an approximately 10-acre site at the Riverside Development in Weber City, Scott County’s newest business/industrial park.

The Riverside development is located on an approximately 90-acre tract of land. One site at the park was taken for the TTEC call center project which opened a customer experience center in 2016, leaving the EDA with no graded sites to market at the park.

“VCEDA is pleased to be assisting Scott County with the development of a new industrial site which when complete, will give it a new location to market to business and industry,” said VCEDA Executive Director/General Counsel Jonathan Belcher. “The new site will also add to VCEDA’s inventory of business-ready sites in Southwest Virginia’s e-Region.”

Read more about the VCEDA Loan to the Scott County EDA. 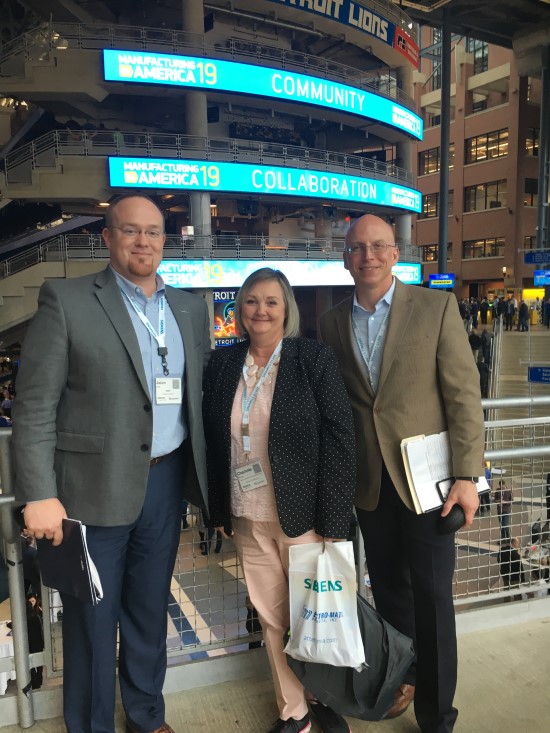 VCEDA participated as a partner with Virginia Economic Development Partnership and the Fredericksburg region in the Siemens and Electro-Matic Manufacturing America 2019 event in Detroit, Mich. More than 3,200 manufacturing executives, engineers and enthusiasts were in attendance at the event held earlier this week. VCEDA met with several companies while there, including those in the Troy, Sterling Heights, Lansing, Southfield and Livonia, Mich. area. Pictured is VCEDA Marketing Ambassador Charlotte Mullins, center, with Tom Scott and Jason Smith.

VCEDA joined England Furniture President Terry England, current employees at the plant, Del. Terry Kilgore and other state and local officials for an open house, tour of the plant and luncheon in celebration of the company’s one-year anniversary of locating in Dryden, Va. VCEDA approved $515,000 in loans to the Lee County Industrial Development Authority to help renovate the Dryden building. England President Terry England told the group the company had invested more than $700,000 in machinery and repairs to the facility that currently has 64 employees.