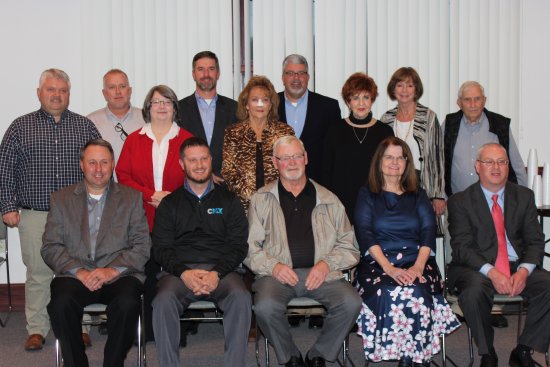 The Virginia Coalfield Economic Development Authority has continued to drive success in job creation and private investment in the region, despite the lingering impact of the COVID-19 pandemic, VCEDA Executive Director/General Counsel Jonathan Belcher told members of the VCEDA board of directors during a November meeting of the board.

In addition to hearing the interim report from Belcher at the meeting, board members also approved the first funding from its newly created renewable energy fund; okayed $158,000 in funding for 16 new seed capital matching grant projects; and approved funding for three other projects.

In delivering his interim report to the board, Belcher noted 2021 has been an active year for the authority and the region thus far with 57 new and expansion/retention projects announced projecting 985 full time jobs and 131 part time jobs involving $203,718,591 in private investment.

Read more about the VCEDA Board meeting. 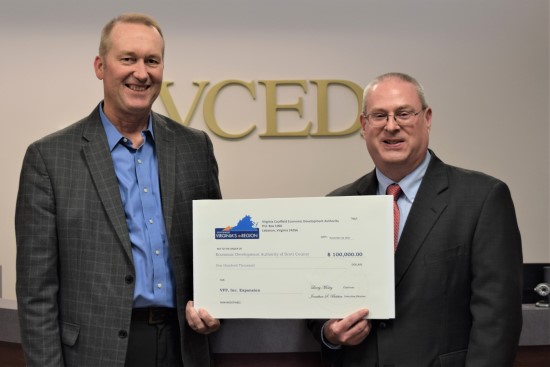 The governor’s office announced the project in late November, noting Virginia successfully competed with Missouri and Oklahoma for the project.

The VCEDA funds to benefit the company come from the Coalfield Workforce Development and Training Fund and will be used for workforce development and training to benefit VFP, Inc., a manufacturing company located in the Duffield Regional Industrial Park in Scott County.

“VFP is an outstanding company and a great asset to our region. VCEDA has assisted VFP with a number of expansions in Scott County and we are very pleased to be able assist once again.” 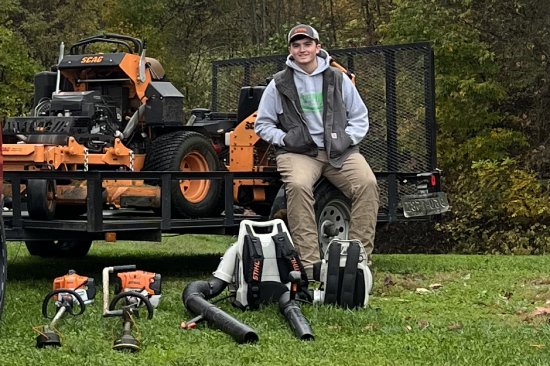 Michael Porter, of Porter’s Lawncare, LLC, opened his new business earlier this year in Clintwood, Va., with assistance in part from a VCEDA seed capital grant.

When it comes to lawncare and landscaping services, Porter’s Lawncare, LLC, provides a variety of services to meet both business and homeowner needs throughout the year.

“Porter’s Lawncare, LLC provides services of benefit to both homeowners and businesses, making it an ideal candidate for a seed capital grant. Porter’s Lawncare projects one full-time and two part-time jobs within three years.” 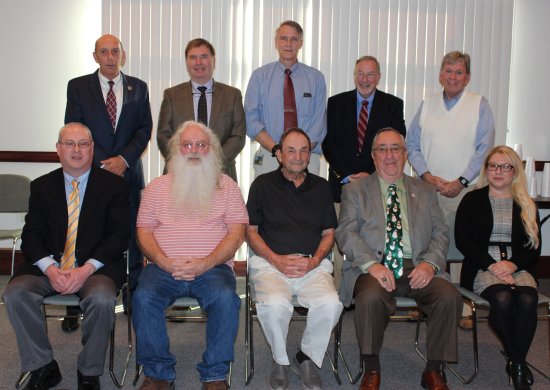 The study, performed by Chmura Economics & Analytics in Richmond, Va., was conducted at the request of the Virginia CFX Authority and the Virginia Coalfield Economic Development Authority (VCEDA) and built upon a prior study conducted by Chmura in 2013. What the new study found was that while 2021 estimates are that the completed roadway in Virginia will cost $3.1 billion, each dollar of investment in the CFX can result in $3.10 in economic impact in the two-state corridor during its life span.

The presentation of the Chmura study was made during a meeting of the CFX Authority board in Lebanon. In delving deeper into the report, it was noted construction of the CFX is anticipated to inject an annual average of $225.4 million in total economic impact (direct plus ripple impacts) into the local economy from 2013 through 2038. Construction, the study found, will also generate 1,543 jobs each year during that period. 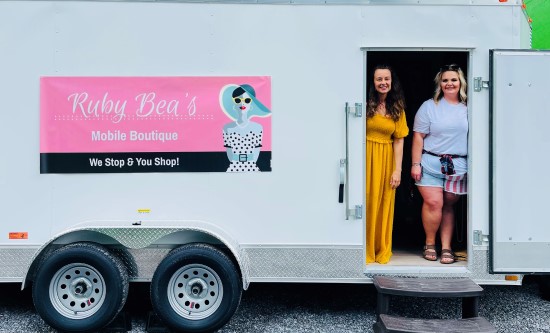 Shopping until you drop just got easier when Ruby Bea’s Boutique opened earlier this year, including with it a mobile option for ease of customer shopping. “We stop and you shop” is the mobile store’s motto as it goes from location to location bringing with it the latest styles in women’s clothing.

Co-owners Kristen McGreggor and Shelley Richards launched the venture earlier this year as an e-commerce business and then decided to incorporate pop-up on location sale events. The events are held in customer’s homes and in public locations, bringing what McGreggor and Richards said is a full luxe boutique experience to any location.

“We’ve seen entrepreneurs apply a mobile concept to their new businesses before, but this is the first time we’ve seen a clothing retail shop apply for funds to operate in a mobile setting. The seed capital grant program was established to encourage entrepreneurship and innovative thinking when it comes to creating jobs and this certainly meets that bill. The company projects three full-time and four part-time jobs within four years.” 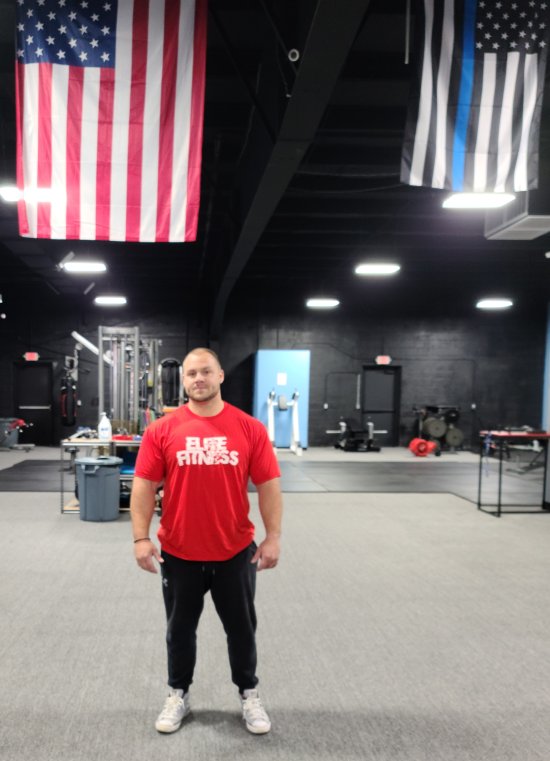 Chad Cole opened Elite Fitness in the Town of Richlands, Va., with the help of a VCEDA seed capital matching grant.

Physical fitness is and always has been an ongoing demand and Chad Cole said that was one of the reasons tipping the scales in his decision to move forward in opening Elite Fitness, a new gym in the Town of Richlands.

“Entrepreneurship is alive and well in VCEDA’s e-Region. Assisting businesses in getting started, creating jobs and improving the quality of life in our communities are all goals and outcomes of the seed capital matching grant program offered by VCEDA. Elite Fitness projects two full-time employees within three years.” 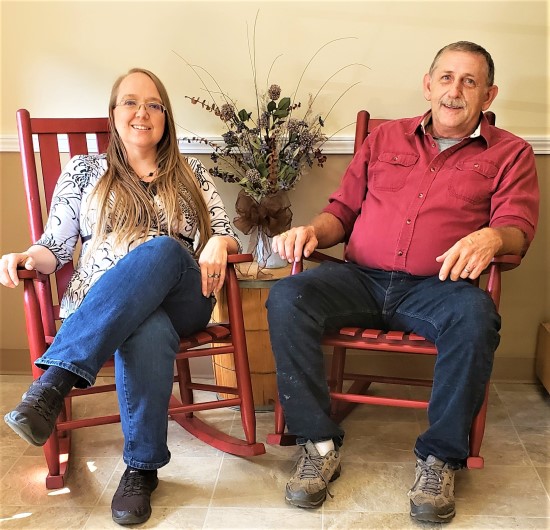 Hilary and Tony Deskins opened HomeTown Pharmacy at Raven earlier this year with the help of a VCEDA seed capital matching grant.

Serving the needs of the community is important to Hilary and Tony Deskins and utilizing Hilary’s pharmacy degree from the Appalachian College of Pharmacy in nearby Oakwood, Va., the Deskins’ opened a full-service pharmacy, HomeTown Pharmacy, earlier this year to do just that.

Hilary Deskins noted the new pharmacy’s location on Rt. 460, next to Eddie’s Exxon, offers residents in the area an option to meet their pharmacy needs without having to travel 12 miles further toward Vansant or 13 miles to Richlands.

“VCEDA’s Seed Capital Matching Grant program was established to give entrepreneurs in the e-Region a leg up when it comes to getting established and creating jobs. The program has successfully created hundreds of new jobs and in the case of HomeTown Pharmacy, five full-time and three part-time jobs are projected within three years.” 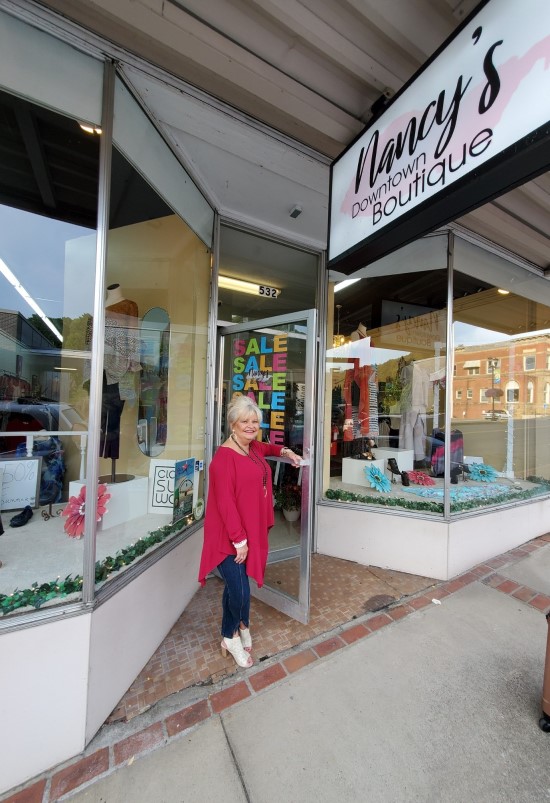 Nancy Grant spent more than 25 years in the retail sector before deciding earlier this year to open her own store, Nancy’s Downtown Boutique, a recent recipient of a VCEDA seed capital matching grant.

After working in the retail clothing sector for more than 20 years, Nancy Grant decided the time was right to venture out on her own and instead of working in retail for others, to own and operate her own store, Nancy’s Downtown Boutique.

Nancy’s Downtown Boutique, located on 532 Virginia Avenue in Bluefield, is a recent recipient of a $6,500 VCEDA seed capital grant.

From live feed fashion shows on the boutique Facebook page, to a future e-commerce website, Grant has pursued a number of ways to market the new business, which officially opened earlier this year in the space formerly occupied by Leslie Ann’s Boutique, which shut down at the end of 2020.

In January, Grant began remodeling the space, giving it a new look, updating it and achieving what she describes as a friendly, comfortable and welcoming vibe for customers of all ages.