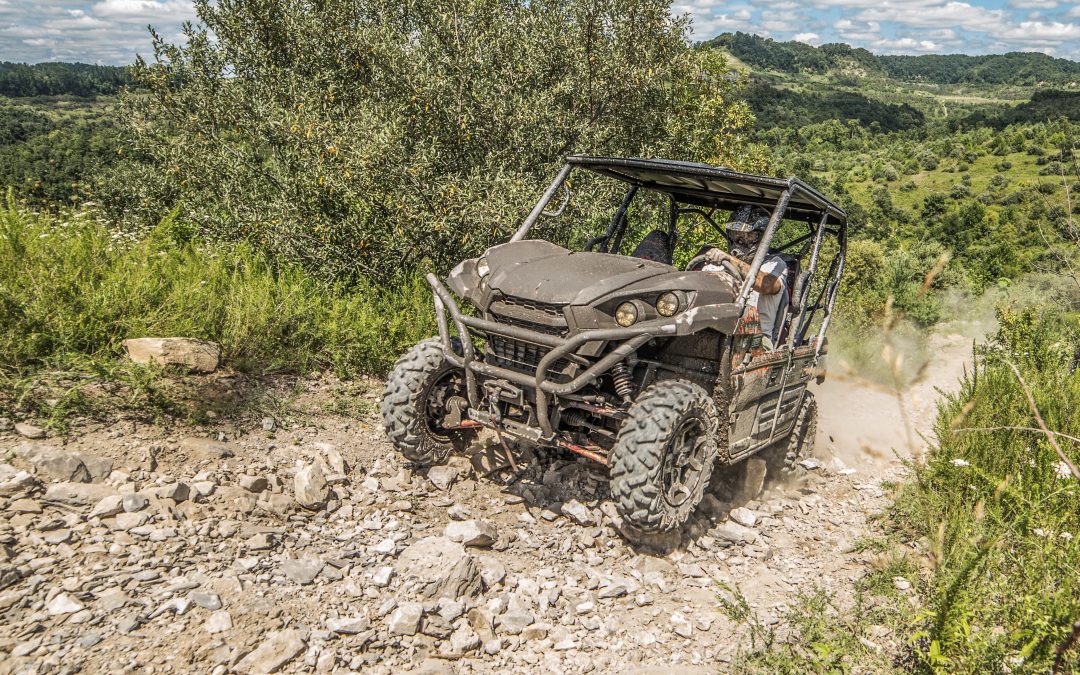 Spearhead Trails’ Coal Canyon Trail now has more than 200 miles of connected trail access with the Ridgeview Trail. The trails lead to the ATV-friendly towns of Grundy and Haysi in VCEDA’s Southwest Virginia e-Region. An independent economic impact study showed in 2018-19 Coal Canyon had an estimated economic impact in Buchanan County of $2.3 million.

LEBANON, VA – AUGUST 10, 2020 — Two loans totaling $330,000 to the Southwest Regional Recreation Authority (SRRA) were converted into grants recently by the Virginia Coalfield Economic Development Authority (VCEDA). The promissory notes for a $220,000 loan to SRRA for the Coal Canyon trail system in Buchanan County and a $100,000 loan for the Original Pocahontas (OP) trail in Tazewell County were forgiven and converted to grants.

The Coal Canyon loan, which was for the construction and design of that trail was originally approved by VCEDA in March 2015 and the OP loan for mapping, engineering, design and construction of some 25-30 miles of that trail was approved in June 2015. The Coal Canyon Trail, which connects to the Ridgeview Trail in Dickenson County, provides 200-plus miles of connected trail access.

‘VCEDA has been pleased to work with the Southwest Regional Recreation Authority through the years as it has constructed these portions of the Coal Canyon and OP trails within the Spearhead Trails system,” said VCEDA Executive Director/General Counsel Jonathan Belcher. “The trail system has added greatly to tourism offerings in Southwest Virginia’s e-Region, creating jobs and opportunities for additional entrepreneurs to grow their new businesses as the trail system has expanded.”

An independent economic impact study conducted for fiscal year 2018-2019 related to the Coal Canyon Trail showed a total economic impact for Buchanan County of $2.3 million with $1.5 million in new money from outside of southwest Virginia. The study also showed the trail system is supporting 25 full-time equivalent (FTE) jobs and $151,000 in added state and local taxes.

The same study as it related to the OP trail showed a total economic impact for Tazewell County of $3.1 million, with $2 million originating from travelers from outside the area. A total of 32 full-time equivalent jobs have been created as a result of the OP trail system, according to the study. 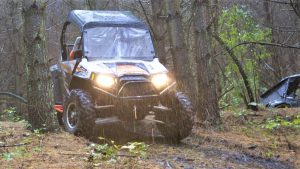 An independent economic impact study showed in 2018-19 that the Original Pocahontas, or OP Trail, in Spearhead Trails’ system has had an estimated economic impact in Tazewell County of $3.1 million.

“VCEDA has been a tremendous partner for us and we are proud to play a small part in the many great things VCEDA has done for our region,” said SRRA Executive Director Shawn Lindsey. “The VCEDA loans which were converted to grants were a great blessing for the developing trail system.”

Lindsey noted that SRRA’s overall economic impact for 2018-29 as reported in the study was $18.8 million, up from $9 million just two years before. Overall FTE jobs went from 94 to 198 in the same time period.

“Our economic impacts seem to double every two to three years, which will add more jobs to the region and help many other businesses,” Lindsey said.

He noted the growth in the trail system has helped to create jobs by providing infrastructure in the way of the trail system and other outdoor recreation assets to attract lodging, shopping, maintenance, outfitters and eateries.

“We also hope many visitors will decide to stay and move to be close to our trails as we are facing the largest active retirees in the history of our country as the baby boomers begin looking for places like ours for an active retirement,” Lindsey said.

He pointed to some of the successes experienced in the trail system, including the national UTV Takeover event, hosted by Southern Gap Outdoor Adventure on the Coal Canyon Trail System for the past two years and the VXCS inaugural side by side racing hosted by SGOA and planned at Coal Canyon later this month. Additionally, an off-road play area with obstacle course was constructed and completed this past spring.