VCEDA joined the Virginia Economic Development Partnership (VEDP) and the Mid Atlantic Aviation Partnership, based at Virginia Tech, in Dallas May 8-11 at the AUVSI XPONENTIAL 2017, the largest international conference of the unmanned systems and robotics industries. Susan Copeland, VCEDA marketing coordinator, and John Kilgore, Scott County economic development director, helped man the Virginia booth and host a Virginia reception during the conference where invited guests could meet and mingle with Governor Terry McAuliffe, Secretary of Commerce and Trade Todd Haymore and Secretary of Technology Karen Jackson. Governor McAuliffe delivered a keynote address at the conference and met with companies at the Virginia booth and at other booths throughout the expo hall, including representatives from Flirtey, the company that facilitated the package delivery in our region in July 2015 that became our “Kitty Hawk” moment, the first FAA-approved rural drone delivery in the U.S. 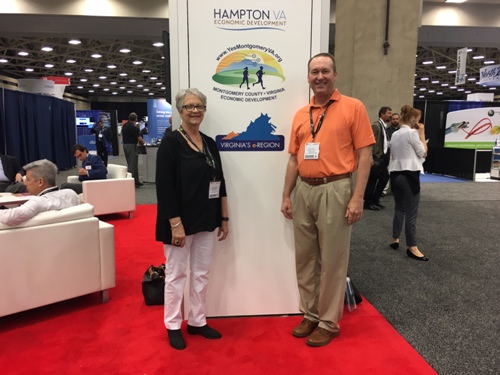 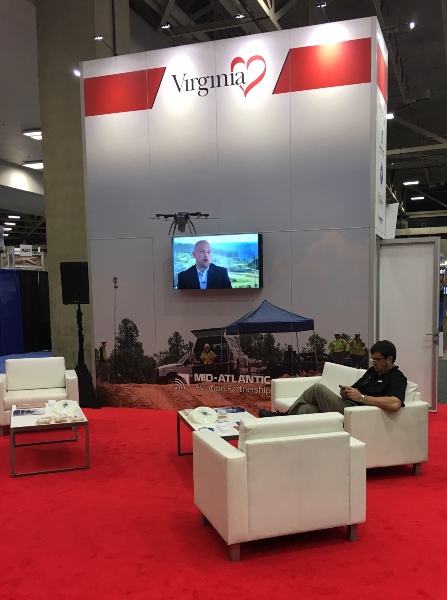