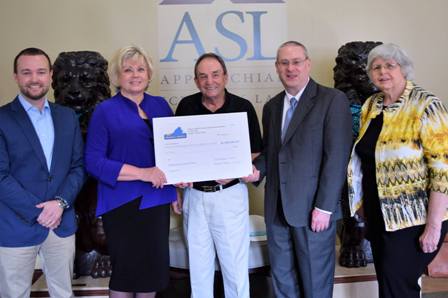 “We are pleased to be able to further assist the Appalachian School of Law in this project aimed at job retention and job creation,” said Jonathan Belcher, VCEDA executive director/general counsel. “We presented $4 million last March with additional funding contingent upon the law school meeting additional enrollment and performance criteria. We are happy that they surpassed their performance criteria to obtain the $1 million this year.”

One of the parameters which had to be met to access the added $1 million in VCEDA funding was tied to enrollment. ASL Dean Sandy McGlothlin noted there was an increase of 20 percent in new student applications for the 2017-2018 school year and a 60 percent uptick in seat deposits already realized for the same time period. In January, the law school added 21 students to its enrollment numbers – seven new students to its inaugural spring start program and 14 new transfer students.

“VCEDA has been a long-time supporter of the Appalachian School of Law. We feel it was, and is, an important piece of the economic development picture in Buchanan County. VCEDA’s support dates back to 1996 when the idea to build a law school in Grundy first emerged. And now, more than 20 years later, the school continues to meet the needs of those seeking to further their education and to earn a law degree. And it continues to enhance the community and provide jobs.” 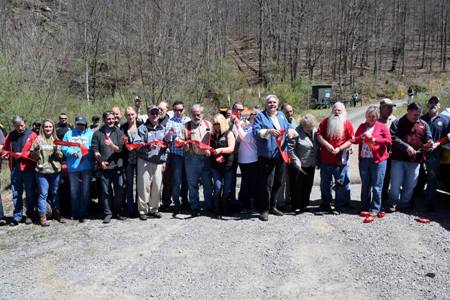 “VCEDA is pleased to have been a part of this project,” said Belcher. VCEDA approved a loan of up to $500,000 for planning, design, construction, rehabilitation and development of ATV and equestrian trails, the trailhead, and related improvements for the Ridgeview project.

In all, VCEDA’s investment in the trail systems totals more than $1.35 million and spans multiple counties. In 2013, VCEDA approved loans to help SRRA officially open the Mountain View Trail in Wise County, and to do planning and design on trails in Buchanan and Dickenson counties. In 2015, VCEDA approved additional loans to assist with Phase 1 of the Coal Canyon Trail in Buchanan County and the Original Pocahontas Trail in Tazewell County.

“Our coalfield counties identified tourism and ATV trail development as an economic development opportunity they wanted to pursue years ago and with success, the Southwest Regional Recreation Authority has developed and continues to maintain five other ATV and equestrian trails in the region. The opening of the Ridgeview Trail provides additional tourism opportunities in Dickenson County which will benefit not only Dickenson County, but surrounding counties as well,” said Belcher.

In December, VCEDA approved an additional $150,000 grant to the Town of Haysi to assist with the development of the Haysi Trails Center in downtown Haysi.