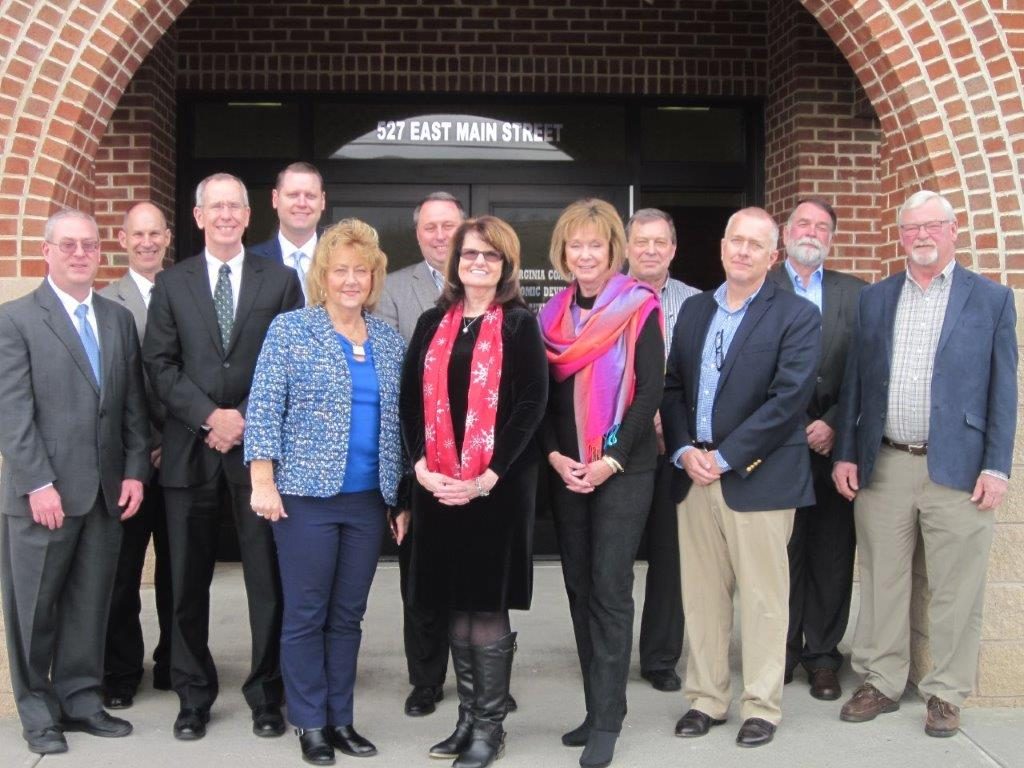 LEBANON, Va. – December 22, 2017 – The Virginia Coalfield Economic Development Authority (VCEDA) is reporting 2017 as the highest funding year in its 29-year history approving and earmarking $23.6 million for 28 projects throughout the seven-county, one-city coalfield region served by VCEDA.  In 2017 VCEDA approved funding for projects in every county and city in the VCEDA region.

“VCEDA also closed more loans and grants in 2017 than ever in the history of the Authority – seven loans and 14 grants,” VCEDA Executive Director/General Counsel Jonathan Belcher reported to the VCEDA board at its final meeting of the year held Dec.21 in Lebanon.

“We have experienced 51 prospect visits this year, among the highest ever, and 121 inquiries about the coalfield counties we promote as Virginia’s e-Region, the most since 2013,” said Belcher.  “These visits and inquiries are from businesses and firms considering our region for business locations or expansions,  or inquiring about our programs,” added Belcher.

In 2017, VCEDA reported 23 new projects including business locations and expansions in the region, the highest quantity of projects reported in the Authority’s history.  These 23 projects involve a projected 402 new full-time jobs and 96 part-time jobs.  “There was at least one project in every county in the VCEDA region this year,” said Belcher.

Highlights of the year included locating a new manufacturer in Russell County, construction of a technology shell building in Tazewell County, installation of a zip line attraction at Breaks Interstate Park, location of two diabetes treatment centers in Buchanan and Tazewell counties, a new craft brewery, the ribbon cutting of a new Tier III data center in Wise County, the opening of a new ATV trail system in Dickenson County, and a new seed capital program for young, small businesses in the VCEDA region.

“VCEDA created the Seed Capital Matching Grant program to help new small businesses in the region, and the response has been outstanding,” said Belcher.

Twelve small businesses in the VCEDA region, ranging from a bakery, coffee shop, restaurant, a digital marketing business, Airbnb lodging, to a rental e-bike business, were approved for the dollar-for-dollar matching grants under the program designed for businesses three years and under with less than 10 full-time employees. Applicants for the seed capital program work with the Small Business Development Centers at Mountain Empire and Southwest Virginia community colleges to prepare their applications for funding to VCEDA.

VCEDA saw the completion of a study commissioned by VCEDA from the Virginia Tech Office of Economic Development to identify economic development opportunities in agriculture in the region to help develop an agricultural strategic plan. VCEDA co-hosted an October regional Agriculture Summit with Southwest Virginia Community College to disclose the results. Agriculture joins unmanned autonomous systems and cyber security as the newest target industries for the VCEDA region.

VCEDA participated in 28 business development events throughout the year to help market the region, which VCEDA promotes as Virginia’s e-Region (‘e’ for focus on electronic information technology, energy, education and emerging technologies) as a location for new business and expansion.  This was the highest number of business development events for VCEDA in at least ten years.

Establishing relationships with site consultants and others involved in foreign direct investment (FDI) was an outreach target area in 2017, said Belcher, with VCEDA exhibiting and participating in the SelectUSA Investment Summit in Washington, DC, the highest profile event promoting FDI in the United States, and a European American Investment Council (EAIC) FDI event organized by the Virginia Economic Development Partnership (VEDP) in Charlottesville, VA.