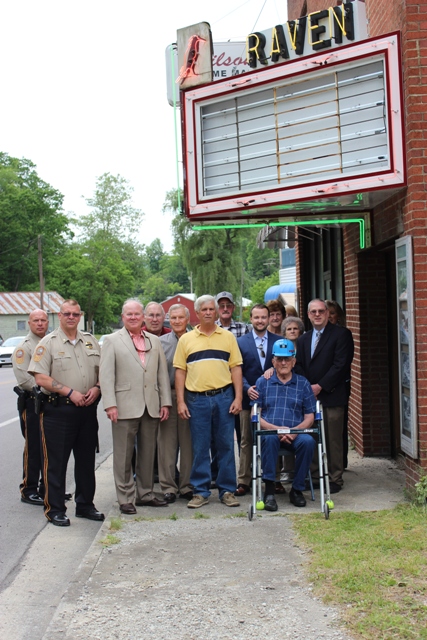 VCEDA Executive Director Jonathan Belcher delivered remarks on May 19 at a press conference at the site of the new Raven Theater and Coal Museum in Tazewell County regarding VCEDA’s involvement in the project. VCEDA, volunteers Jack Ray and others spearheading the project, Delegate Will Morefield, Senator Ben Chafin and other community leaders gathered at the theater to announce that the Tobacco Region Revitalization Commission had agreed to provide the match funding which was needed to allow the renovation and restoration project to move forward.

Last December, VCEDA approved an up to $125,000 grant to the non-profit group from VCEDA’s Tourism Capital Improvement Matching Fund which requires matching funds. The Tobacco Commission approved the funding match and the volunteer non-profit group announced plans to continue restoring the theater which was built during the Great Depression, operating as a movie theater with an ice cream parlor added in 1948.

The restored Raven Theater will include a vintage ice cream parlor that will serve the original recipe of Wilson’s Ice Cream, a theater stage and seats and a venue for live music.