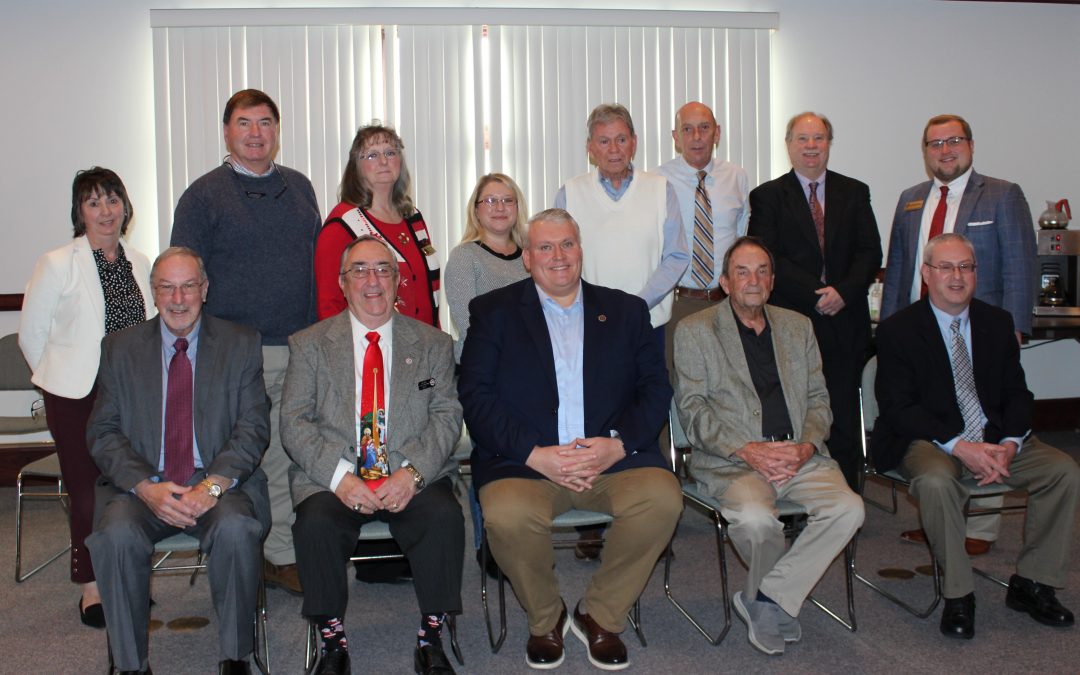 Belcher told authority members at the December 9 authority board meeting in Lebanon that the letter was sent to the governor in mid-October and in it, he had stressed the need for the roadway.

“I am of the opinion that the Coalfields Expressway may offer the only real solution to the economic plight of many areas of the coalfields,” Belcher said he wrote in the letter. “Without this necessary infrastructure, these areas will continue to struggle economically and that is not even mentioning the tremendous health care and educational opportunities and other benefits the road will provide.”

The Virginia CFX Authority was formed by the General Assembly in 2017 “to improve the transportation into, from, within, and through Southwest Virginia, assist in regional economic development, and generally enhance highway safety in the affected localities” of Southwest Virginia. Belcher noted when the General Assembly first formed the authority, no funding was provided for it, leaving the authority unfunded to this date.

“This has created a considerable challenge to the authority being able to meet its mission,” Belcher wrote in the letter. 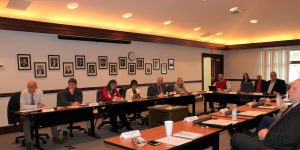 Virginia CFX Authority members listen to an update on the Coalfields Expressway project during a meeting of the authority held Friday in Lebanon.

“I know you recognize the importance of the Coalfields Expressway (U.S. 121) because you referenced it during your campaign in the gubernatorial debate held at the Appalachian School of Law in Grundy,” Belcher wrote in the letter to the governor. “The only section of the CFX funded and under construction in Virginia are a few miles shared with U.S. 460 as part of the ‘Corridor Q’ project in Buchanan County. Without the Coalfields Expressway (U.S. 121) being completed in both states, neither state will realize the full benefit.”

The governor’s budget proposals are expected to be released in the next few days. Belcher told board members he remained hopeful funding for the authority would be included in the budget.

Virginia Senator Travis Hackworth, who was in attendance at Friday’s meeting, told authority members he is actively working with the governor’s office and General Assembly leadership to see what he can do from his end in support of the funding request.

Authority Member James Keen suggested that if getting funding is successful, the authority’s next step should be to hire an engineering firm to explore where the plans of mining companies align with the needs of the Coalfields Expressway.  This would be in furtherance of the coal synergies approach to developing portions of the road which also happen to align with planned mining operations which could leave a rough grade roadbed.

“It’s going to be a difficult task, but we can’t get discouraged,” Virginia CFX Authority Chairman Jay Rife said during the discussion. “This is a long-term project.”

Belcher also provided a brief funding update on the Coalfields Expressway project, noting a congressionally directed funding request of $1.995 million for Grundy to the West Virginia state line pre-engineering was included in the FY22 federal budget.

He noted the Virginia Department of Transportation is currently working on that study.

Those funds will be used by VDOT to either pave additional lanes at the US 121/460 intersection and Hawk’s Nest sections (2.21 miles of four-lane) or widen the truck climbing lanes on CFX between Routes 744 & 609 (4-5 miles of four-lane).

Belcher noted that completion dates for Corridor Q segments of the roadway are currently projected by VDOT as follows:

The next meeting of the authority will be held in the spring of 2023.